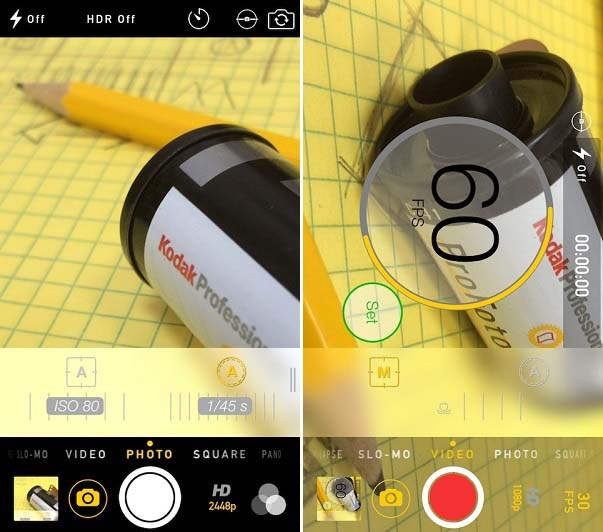 The stock Camera app of iOS is certainly one of our favorite default applications found in iPhone. The app got some really nice features in both iOS 7 and iOS 8 updates making it as good as any third-party app out there. While the app is great it is missing some essential features that are much needed for taking quality photos. The CameraTweak 3 (iOS 8) brings these missing features to Camera application turning it into the ultimate photo and video capturing app it should have been in the first place.

CameraTweak 3 (iOS 8) isn’t a new tweak and we have written in detail about its previous version here before. However it recently got updated to fully support iOS 8 and iPhone 6 devices. After installing this Cydia tweak you will be able to change the resolution of the still pictures, separate focal point of the image from exposure, change ISO settings, select a different shutter speed, change composition overlay and more. That’s not it as the hack also offers some cool features for the video recorder enabling users to change FPS of their camera, switch between 1080p and 720p modes and more. With its offerings CameraTweak 3 (iOS 8) is not only a must have for serious photographers but also for casual ones. 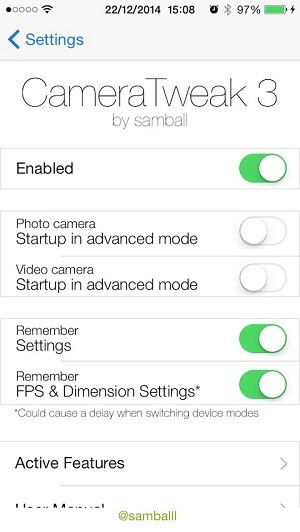 This third major release of the tweak is offered as a free upgrade to users of previous version. If you don’t own CameraTweak already then you can get it from Cydia for $1.49. It works on iPhone and iPod touch. Unfortunately iPad isn’t supported yet.