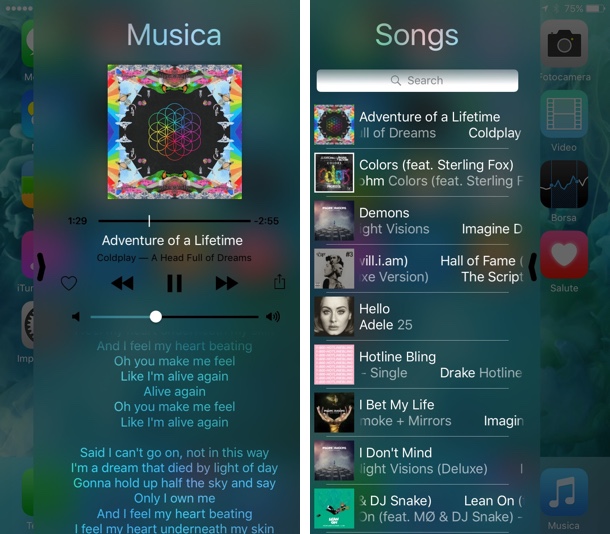 Are you looking for a different way of controlling music on your iOS device? Then check out Clex3 tweak, which lets you control now playing songs with quick gestures. Clex3 has two separate parts, which can be invoked with left and right slide in gestures. Both parts offer different functionality, making it possible for users to control music without opening the Music application. When you swipe in from right side of the screen you can control the music playback, that includes play/pause, forward/backward and volume controls.

On swiping from left side of the screen you can access what developer calls the ‘ClexBoard’, that contains 4 different plugins. While the tweak offers four plugins by default more can be added later by the developer of Clex3 and other third-party developers. The four plugins offered by Clex3 on the left pane include Albums, Songs, iTunes and Playlists. As the names of these plugins suggest, they give access to relevant options and song lists right on the tweak’s left panel. You can switch between these plugins by tapping on the icons.

You can download Clex3 on your jailbroken iOS 9 devices for $2.99. The tweak only works with iPhone and iPod touch for now, as iPad is not supported. Users of iOS 8 and iOS 7 can downloaded older versions available on Cydia separately.