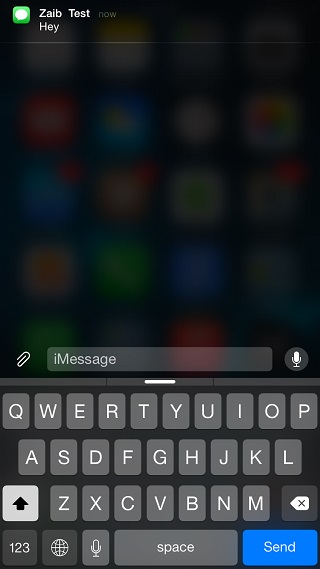 iOS 8 brought the useful quick reply feature that allows users to instantly reply to an incoming message by pulling down the banner notification, without leaving the app they are currently using. Couria is a well known iOS 7 tweak that brought the very same feature to iOS 7 even before Apple’s implementation. Now Couria (iOS 8) has been released with full support for the latest version of iOS bringing an alternate quick reply interface to the operating system. Along with a different looking interface there are several other important features that make Couria better than the stock QR functionality.

Couria (iOS 8) also includes the attachment support, which enables iPhone users to attach images from the Photos library and send them to their friends right from the Quick Reply screen. This is something that is not currently possible with default interface. You also get the ability to customize how different aspects of tweak look like. You can even view previous messages before replying, which is another advantage over iOS 8 Quick Reply functionality. While Couria (iOS 8) is currently only compatible with the stock Messages app this could very well change in the future as the developer has also included an API that will allow third-party messaging apps such as WhatsApp to work with it. 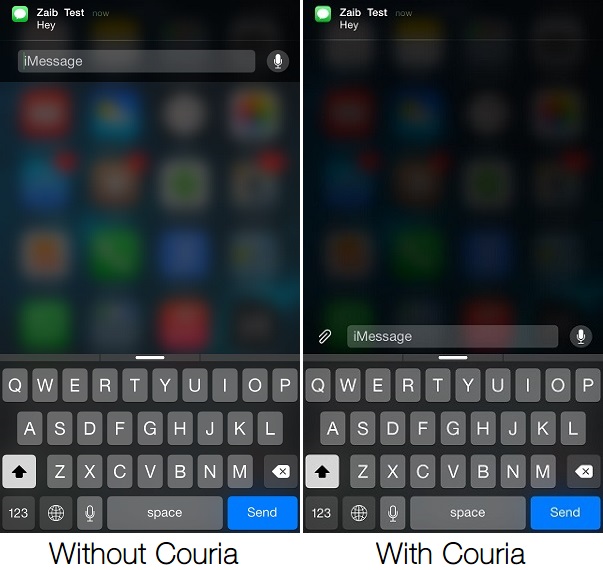 The image above shows the difference between Couria (iOS 8) and the stock quick reply of iOS. You can also notice the presence of paper pin icon that lets users send images.

Couria (iOS 8) is available in Cydia for free. It requires an iOS 8 powered iPhone, iPad or iPod touch to work.