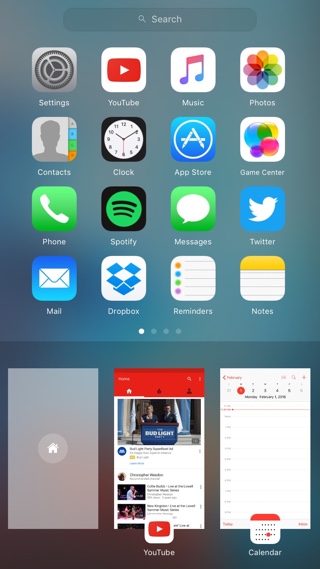 There are many tweaks that try to replace different parts of iOS and merge them in one feature packed interface. Auxo 3 is perhaps the most popular example of such tweaks. A new Cydia tweak called Zentrum has just been launched, which merges the App Switcher, Control Center, app launcher and a music player in a single place. It replaces the app switcher hence it can be accessed by double pressing the home button, however you can change the activation method from Settings.

In addition to adding all the said features on a single interface the Zentrum tweak also allows users to search for apps from the launcher. The App Launcher offers a convenient way of accessing favorite apps as users can choose to list all or selective apps in the launcher. Users can swipe right on the app switcher area to access the Music player that offers all the necessary buttons to control the now playing music. By swiping one more time Zentrum users can get to the Control Center that offers useful toggles, brightness slider and utility shortcuts. 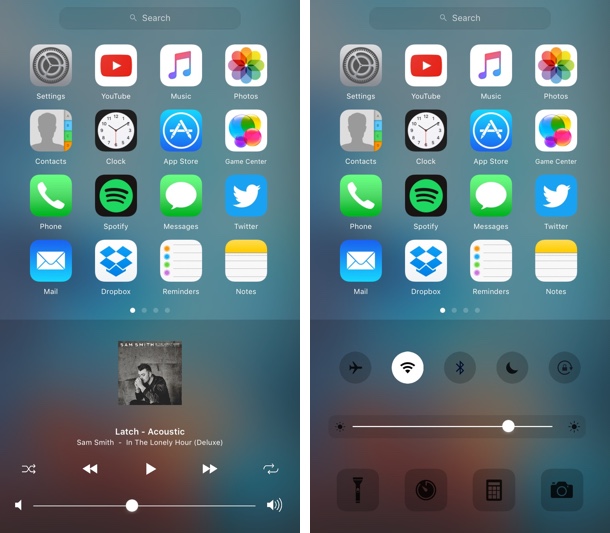 If you have a jailbroken device, then Zentrum can be downloaded from Cydia for $1.99 and it works with iOS 9 and iOS 8. It is compatible with iPad, iPhone and iPod touch.

Gravitation makes your home icons bounce
Unknown ‘hackers’ claiming to have iOS 9.2.1 and iOS 9.3 jailbreak appear on the web