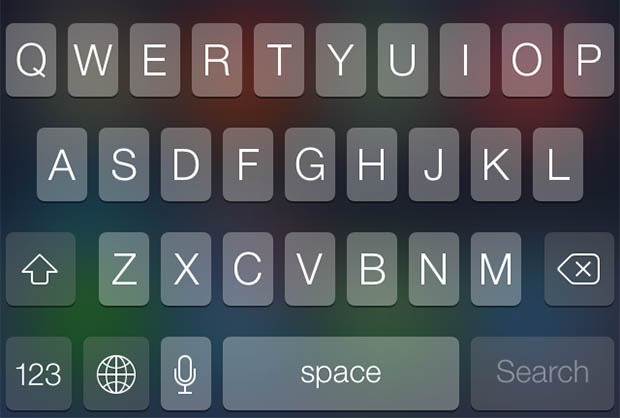 Unlike the common perception iOS 7 update goes way beyond to just adding new appearance to the mobile operating system. In addition to the several big features the software update also adds many small but useful features that can go unnoticed if you are not looking for them. One of the many handy features iOS 7 brings is the addition of new abilities and shortcuts in iOS 7 keyboard.

In this article we will tell you about the hidden features of iPad and iPhone keyboard you don’t know about. 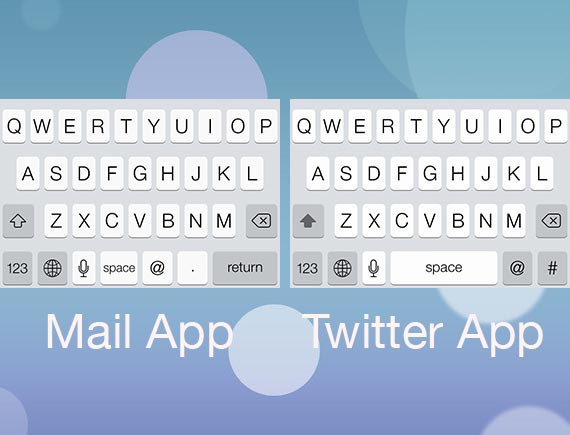 Apple has configured the on-screen keyboard in iOS 7 that enables it to show relevant keys to the user according to the app he or she is using. For example in the mail app you will notice that the ‘@’ button now appear on the main keyboard and you don’t have to press the ‘123’ button to access it. This ‘@’ button is not part of the main Messages keyboard simply because it is not used as often in that app as it is used in the mail application. Similarly the ‘@’ and ‘#’ buttons are part of the Twitter app’s main keyboard simply because these symbols are used with usernames and hashtags respectively. By making the keyboard intelligent enough Apple has taken full advantage of the on-screen keyboard as the keys are adjusted according to user’s need in the particular situation. If you have carefully watched the keynote of the original iPhone Steve Jobs back in 2007 mentioned this very advantage of the on-screen iPhone keyboard. 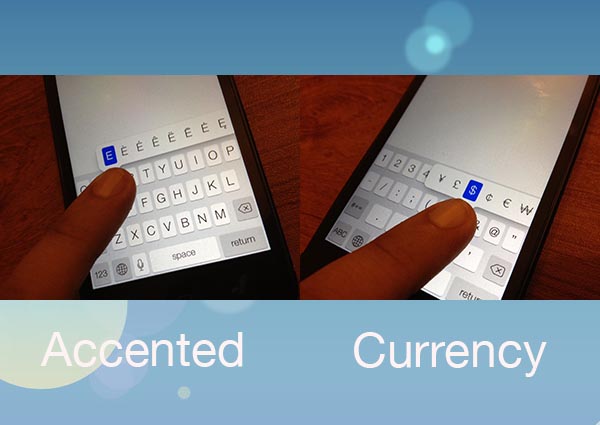 iOS 7 keyboard enables users to quickly add symbols by long pressing on a button. This is true for both currency symbols and accented characters. To add currency symbols tap on the ‘123’ button and then tap and hold on the ‘$’ icon. This will unveil a number of other popular currency signs that you can add. Remember if you live outside the US for example in the UK you will see ‘£’ sign in the main button and taping on this button will reveal other currency signs. 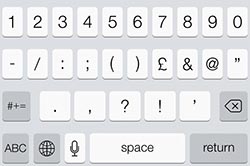 That’s not all. Here are some more iOS 7 keyboard functions that have been part of the iPhone and iPad keyboard from quite some time now but still many users don’t know about them. 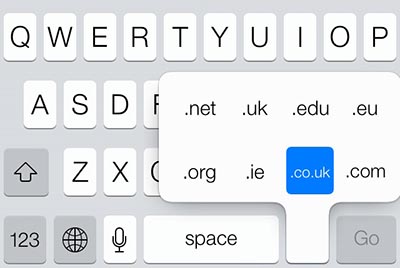 When you want to add the web extension of a URL you can tap on the ‘.com’ or in some cases the ‘.’ button that appears in Safari. What you may not have notice is that when  you tap and hold on this button you are presented with alternate web extensions that you can use including less popular .net and .org as well as local URLs such as .us or .co.uk. This makes opening sites in Safari much more convenient. 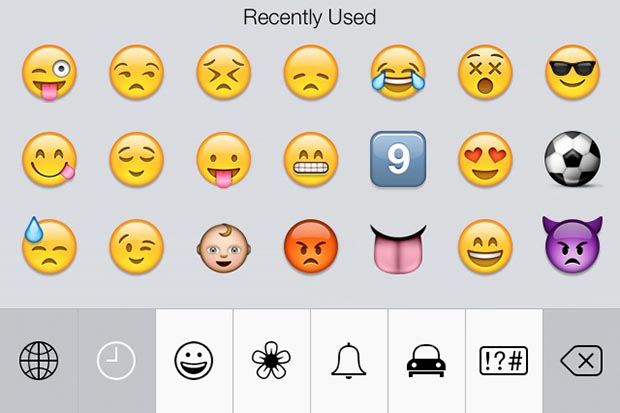 Most of you might have already heard about this one but for those who haven’t here’s a simple tip that can make messaging on the iPhone a lot more fun. iOS has a built-in emoji keyboard that enables users to enter smileys or emoticons in their chats, emails and other screens. In order to activate it simply go to Settings > General > Keyboards > Keyboard. From there tap on the ‘Add new Keyboard’ option and from the list select emoji. Now to access emoji keyboard just tap on the globe icon that usually appears to the ‘123’ button.

So there you go folks. These are some pretty handy iPad and  iPhone keyboard shortcuts that are no easy to find. Let us know what you think about them in the comments section below.

AirDrop for iOS 11: Here’s everything you can share from your iPhone and iPad
Awesome iOS 7 gestures to make navigation faster