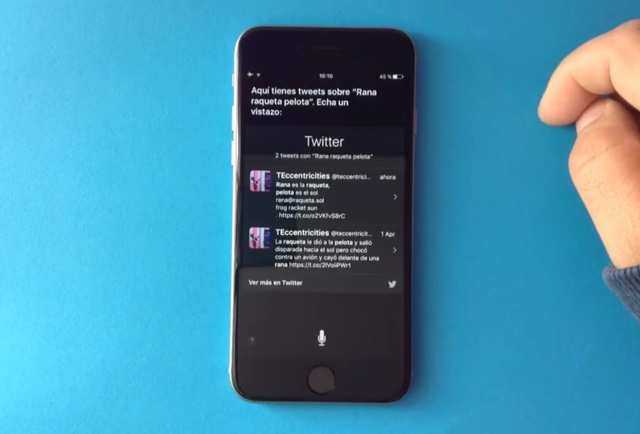 iOS 9.3.1 was released last week to many solve problems that users faced in the iOS 9.3 update. Now it seems like Apple may have to release iOS 9.3.2 soon as a new vulnerability discovered by Youtuber Videosdebarraquito allows anyone to access private photos and contacts on a locked iPhone. That’s right, anyone can view all of the photos stored in your camera roll or your contacts list without unlocking the device with a passcode or Touch ID fingerprint scan. For most people this bug is a cause of major concern, as it can put their privacy at risk if someone gets access to their device. This iOS 9.3.1 vulnerability, which is also found on older iOS 9 versions only affects iPhones with 3D Touch including iPhone 6s and iPhone 6s Plus.

Update: Apple has fixed the bug from server side essentially killing the vulnerability. Now when you ask Siri to search Twitter it will ask you to enter the passcode first.

How to view photos or contacts without unlocking iPhone

If you wish to replicate the results on your device to see the glitch in action, then follow the steps below.

Also read: How to enable or disable Hey Siri feature on your iPhone

You might not be able to succeed in first try so repeat the steps if you fail once or twice. [Source]

Click to comment
Best online courses for getting started with Swift 2.0
Your WhatsApp chats and calls are now secured with end-to-end encryption