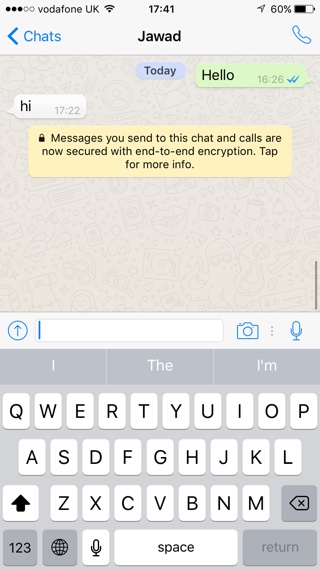 In a move that was long coming WhatsApp has announced that all of the communication and data exchange on its platform will now be secured with full end-to-end encryption. In an official blog post WhatsApp messaging service, which is now owned by Facebook said that it has completed technological development, which makes it a “leader in protecting private communication”. The end-to-end encryption is added to all single conversations, group chats, calls, photo, video and audio files shared through the mobile and web applications.

The encryption is now enabled for all users from the back-end on the latest version of WhatsApp. As a user you are not required to do anything in order to take advantage of this feature.

If you have used WhatsApp today, you would have noticed a subtle notification. WhatsApp is pushing a message bubble that is displayed on conversation pages within the application, which reads “Messages you send to this chat and calls are now secured with end-to-end encryption.”

With over a billion users worldwide this decision by WhatsApp is a huge win for encryption and privacy. WhatsApp is the world’s largest messaging platform and as a social networking service it is only second to its parent company Facebook in terms of total users. It is very likely that the decision will receive some major backlash from governments and law enforcement agencies all over the world.