If you’re into jailbreaking your device, then currently it is advisable for you to install iOS 13.3 on your iPhone, iPad or iPod touch. In this tutorial we’re going to show you how you can downgrade or update to iOS 13.3 or iPadOS 13.3 to make sure you get chance to jailbreak your devices as soon as it is released.

However the hacker has advised everyone to make sure they downgrade or update to iOS 13.3 as this is the only iOS version that his jailbreak will be supporting. 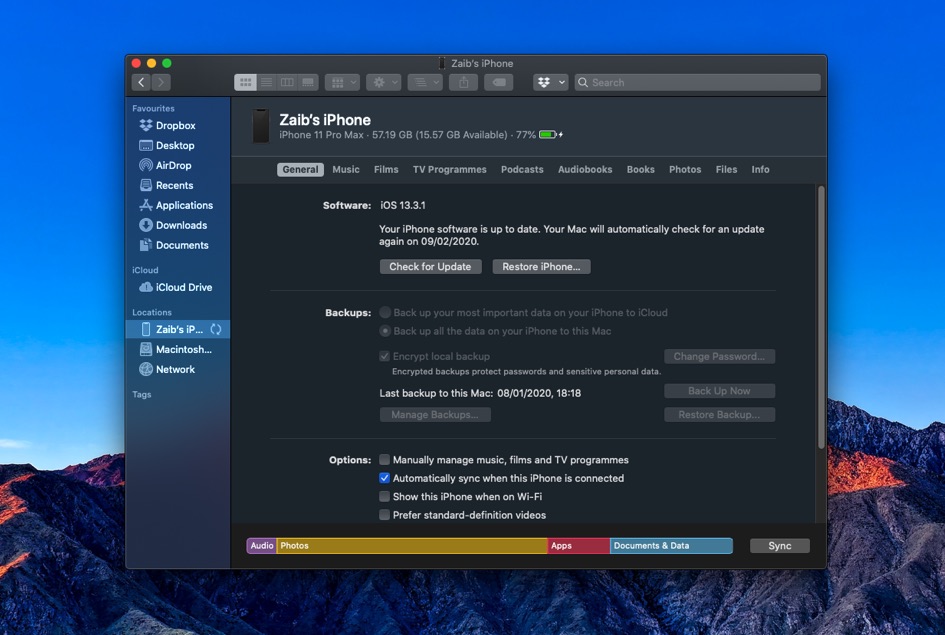 Here are the steps for downgrading or updating to iOS 13.3. After updating your iPhone, iPad or iPod touch to iOS 13.3 you can prepare your device for the release of unc0ver jailbreak for iPhone 11 or earlier.

1. First of all make sure that you create an iCloud or Finder/iTunes backup of your device.

2. While your device is being backed up you should download iOS 13.3 or iPadOS 13.3 IPSW from this link.

3. Now connect your iOS device to your computer using a USB cable.

4. From the window that opens point Finder or iTunes to the folder where downloaded iOS 13.3 IPSW is located.

Wait for Finder or iTunes to complete the downgrade or update to iOS 13.3 process. Once it is completed you can restore your backup on your device and continue using your device.