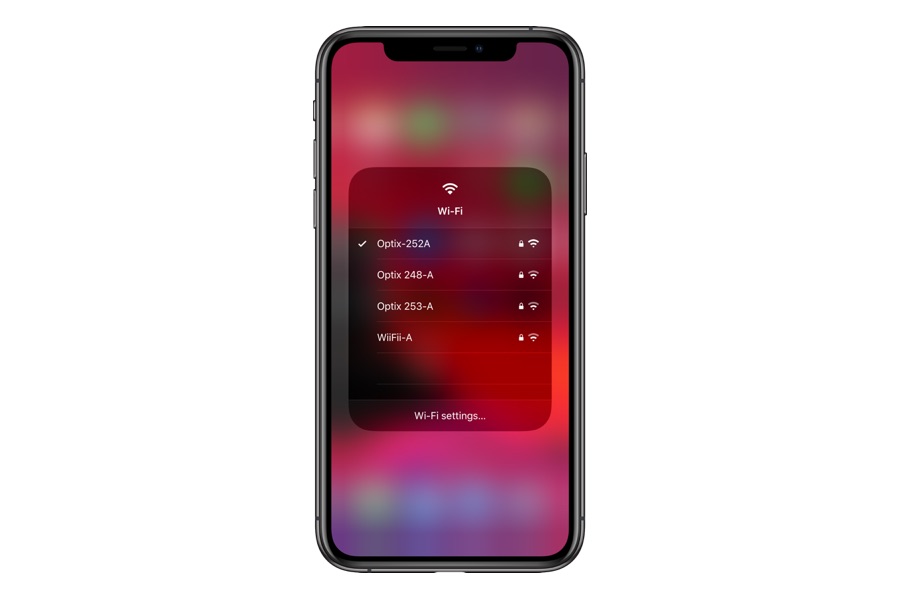 With iOS 13 Apple has finally made it possible for iPhone and iPad users to quickly change Wi-Fi networks through the Control Center. The iOS Control Center has the toggle for controlling Wi-Fi from the beginning however its functionality was limited to enabling and disabling the Wi-Fi feature only. To do anything else you were forced to open the Wi-Fi section of the Settings app.

Starting iOS 13 and iPadOS 13 on the iPad, users will be able to connect to new Wi-Fi networks and switch between previously connected networks right from the Control Center screen.

Users can quickly connect to or switch between Wi-Fi networks by following the simple steps below.

You can instantly connect to a previously connected Wi-Fi network by tapping on its name or tap on a new Wi-Fi network, in which case you will be taken to the Wi-Fi section of the Settings app for password authentication.

The handy new Wi-Fi menu of the Control Center also has a Wi-Fi Settings button located at the bottom. Users can also tap on it to quickly access the full Wi-Fi Settings page.

Having the quick Wi-Fi menu inside the Control Center will make it more convenient for iPhone and iPad users to switch Wi-Fi networks. This way they can also control Wi-Fi without having to leave the app they are currently using.