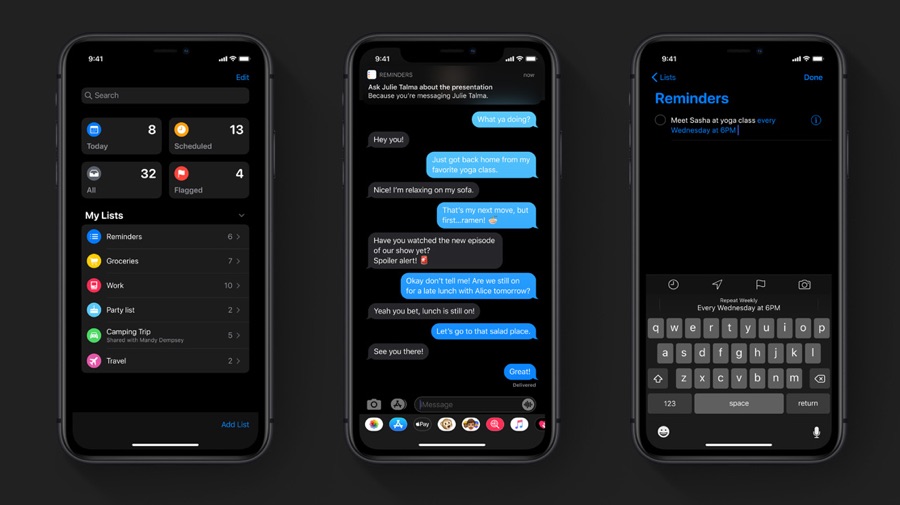 Every major iOS release comes with major new features and recently released iOS 13 and iPadOS 13 are no different. They bring awesome features like Dark Mode, redesigned Photos app, Memoji Stickers and more. Dark mode is particularly interesting among this year’s new features as Apple users have been asking for it for years.

Now that we finally have the Dark mode feature, people are getting really excited about the update, and are now focusing on the Health benefits of the feature. The all-black interface may seem like a small improvement but it’s actually not good for your eyes. With anyone and everyone in love with dark mode, it will be hard to convince people it’s actually not good for them.

Recently there has been vision research that demonstrates dark-colored objects on light backgrounds are the easiest to view. A black background isn’t always better for your eyes than a light background. A dark-on-light display, or a “Light Mode” provides better performance in focusing of the eye, identifying letters, transcribing letters, text comprehension, reading speed, proofreading performance, and more.

Older studies have suggested that using a positive polarity display results in less visual fatigue and increased comfort. According to the specialists at MoneyPug, a site that is commonly used to compare mobile phones, dark mode won’t reduce eyestrain after you spend all day staring at a display, it isn’t one-size-fits-all improvement for everyone. This is why it is an option and not something that is default. Though it’s not necessarily good for your eyes, there are other benefits. 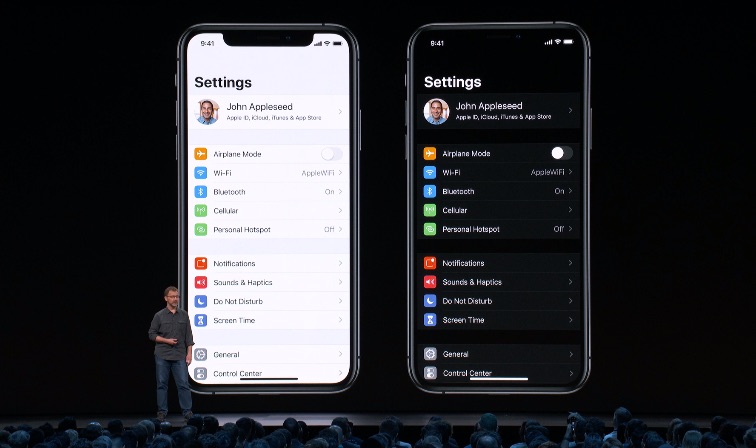 While it is great in a low-light environment, if you’re lying bed reading, it’s much nicer to read white text on a black background rather than having your face illuminated by bright light. A dark screen is less disturbing to anyone around as well. While one option is simply turn down the brightness, it is more satisfying to read at night using dark mode.

This is also better for sleep. It is not good for us to take in such intense light, especially late at night. It can keep you up and lead to less successful sleep. There is much research that shows dark mode is better for sleep, but you don’t want it on all the time. If you used dark mode before bed, there isn’t much wrong with that at all.

While generally it is accepted that dark mode is bad for your eyes, this isn’t universally the case. Google pointed this out in their explanation of Android’s new dark theme for developers. Dark mode improves visibility for users with low vision and those who are sensitive to bright light. Other people have conditions that make it easier to read bright text on dark backgrounds. Inverting colors has been a part of operating systems since before Dark Mode was desired.

Furthermore, dark mode saves battery on OLED displays. From a battery perspective, dark mode saves a lot of charge because it uses less light. When a pixel is black, it is essentially turned off, not drawing power. On a more traditional display, the backlight is on the whole time. Dark Mode could saves between 15 and 60 percent of battery life depending on the screen’s brightness. However, most devices don’t have OLED displays. Not even the iPhone XR has one. Samsung’s flagship Galaxy phones used OLED but many other androids do not.

Should I Use Dark Mode?

As with all things, using Dark Mode sparingly is the way to go. Moderation is key. Whether you have great eyesight or bad eyesight, Dark Mode isn’t good for you but it doesn’t have to be bad. You can get the benefits of using the feature at night and helping you sleep. Generally, you shouldn’t use Dark Mode all the time, it will harm your vision in the long-run. But if you used the feature right, you can take advantage of its many benefits and avoid the damage it may cause to your eyesight. Use it to your advantage, not to your detriment.