We just told you about the release of iOS 9.2 and shared the direct download links, which by the way you should definitely download if your device is not jailbroken. However that’s not the only major operating system release we have seen today, as Apple has also released OS X El Capitan 10.11.2, watchOS 2.1 and tvOS 9.1, all of which are also available for their respective devices. Below we have given a brief outlook of the changes all three updates bring to Apple devices, so read on and while you are doing so, also hit those Update buttons as well.

First lets talk about Apple’s desktop OS and why you should care about its update. OS X El Capitan 10.11.2 brings stability, performance improvements and security updates to the Mac. This update improves WiFi, Handoff and AirDrop reliability. It also fixes the annoying issue that caused Bluetooth devices to disconnect. It also solves the problem related to the Mail app preventing the deletion of Exchange account emails when the device was offline. Other improvements are for iCloud Photo Sharing for Live Photos and iPhone to Mac photo import. You can update to OS X El Capitan 10.11.2 from the Mac App Store. 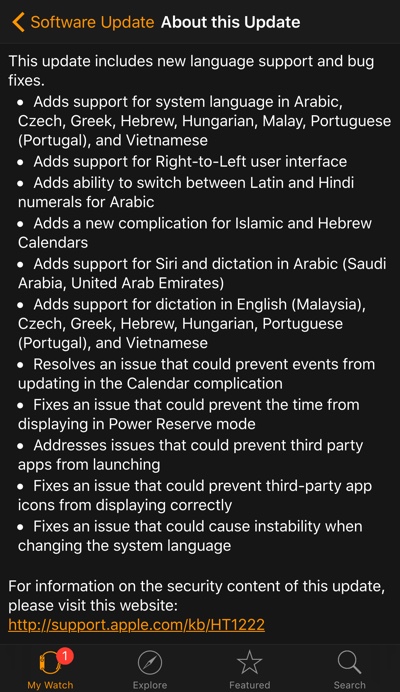 Apple Watch’s watchOS 2 also received its first major update, adding the all important .1 at the end of it. watchOS 2.1 brings Arabic support for Siri (just like iOS 9.2), support for a number of new system languages including Arabic, Greek, Hebrew, Malay, Hungarian, Portuguese, Czech and Vietnamese. Now dictation is also supported on all these languages. The update also solves a number of other bug fixes. You can update through the Watch app on your iPhone.

Finally, in addition to iOS 9.2, OS X El Capitan 10.11.2 and watchOS 2.1 Apple has also released tvOS 9.1 for the newly released Apple TV. The update is the first major software release for tvOS. tvOS 9.1 brings Siri support for Apple Music, Apple Remote app and more. To update simply open the Settings channel and then go to the ‘System’ section. Now under ‘Maintenance’ look for Update Software option, and follow the on-screen instructions.