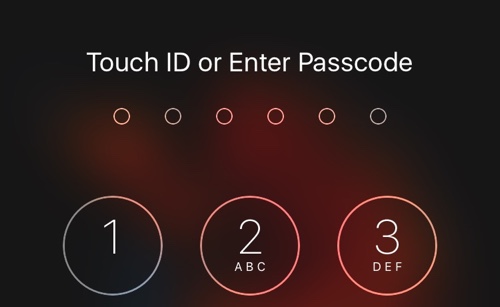 Information stored on your iPhone, iPad or iPod touch is important. It is so crucial that you protect it even after losing your device that having a 6 digit passcode instead of a 4 digit one is worth your time and effort. With the release of iOS 9 Apple added the 6 digit passcode option, making it even harder for hackers and thieves to gain access to it. Yet many users are still using the old 4 digit passcodes, as they are easier to remember and enter.

While having a longer passcode might seem inconvenient, it makes it harder for a hacker to brute force your device and unlock it. A knowledgable hacker can figure out your four digit passcode in a matter of hours if not minutes and gain access to your data. Not just hackers but law enforcement agencies can also gain access to your iPhone without your permission. What you can do to protect yourself? Just use a longer passcode made up of different numbers.

How to set a 6 digit passcode on an iPhone, iPad or iPod touch

On your iPhone, iPad or iPod touch simply launch the Setting app and tap on ‘Touch ID & Passcode’.

Scroll down and look for ‘Change Passcode’ option if you already have a passcode enabled. If you don’t then tap on ‘Turn Passcode On’.

Upon doing so your iOS device will immediately ask you for a six-digit passcode. Simply choose a memorable one and enter it twice.

That’s it. Now your iPhone is more secure than it was when you were using a 4 digit passcode on it.