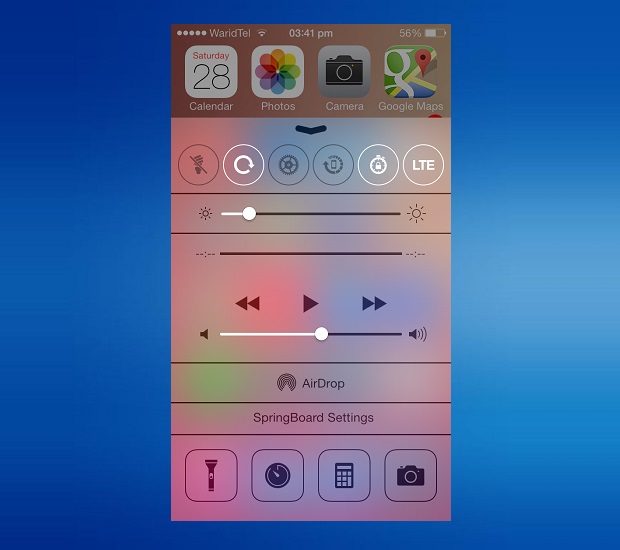 Apple introduced Control Center with iOS 7. It features a toggle bar that houses toggles for WiFi, Bluetooth, rotation lock and more. However in iOS there’s no way to customize the Control Center and users are not allowed to add, remove or rearrange the switches.

Now a new Cydia tweak called FlipContorlCenter from Ryan Petrich allows users to customize the switches on iOS 7’s Control Center. Not only does this tweak brings ability to rearrange the existing Control Center switches but it also adds many other toggles that are not available officially. Another capability of this new tweak is that it adds pages to Control Center’s switch bar allowing users to simply swipe to access even more toggles. 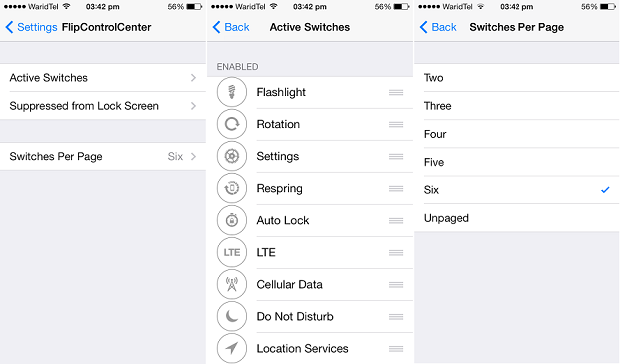 Users can also change the number of switches that appear on the bar at once with options ranging from 2 to 6. They can also add or remove switches from the menu. All of these settings are available through Settings menu.

Another great option enables users to restrict access to switches when device is locked. This option is helpful for those who have allowed access to Control Center from lockscreen but don’t want to give up access to certain settings.

Some of the new switches FlipControlCenter brings to Control Center are

Update: An earlier version of this article mistakenly called FlipControlCenter ‘FlipSwitchCenter’. The mistake has been corrected.

Cydia Tweaks not working on iOS 7? Here’s the fix
ClearFolders and Slide2Kill 7 are two new iOS 7 tweaks worth checking out