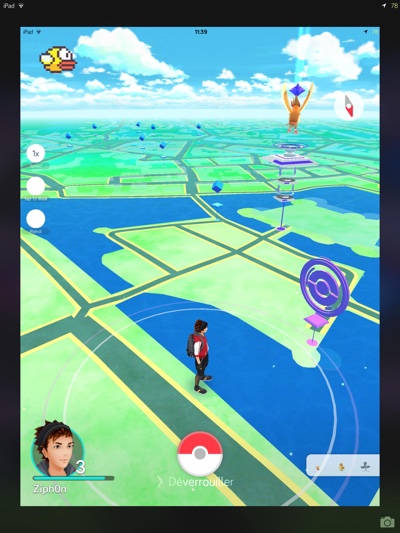 In a matter of few days Pokèmon Go has taken over the world, with millions of people playing the AR based game on their iOS devices. A number of Cydia tweaks have also been released to facilitate the Pokèmon Go gameplay and help out users such as PokemonGoAnywhere and MasterBall. Now yet another jailbreak tweak called Pokemon Lock has been released, which brings the whole Pokèmon Go game to the lockscreen.

With Pokemon Lock installed you will be able to play the game without even unlocking the device. It will appear on the lockcreen in a separate window. You can interact with the game just like you normally would, which includes catching the Pokèmon, moving around on the map and more. If you want to install and play Pokèmon Go from the lockscreen with the Pokemon Lock, then remember to disable your passcode/Touch ID lock. And since the game will be running continuously this tweak will also use a lot of your device’s battery.

Those of you who are interested, Pokemon Lock tweak is available in Cydia for free. Just add ‘http://repo.ziph0n.com/’ to your Cydia sources and search for it.