Follow these PUBG Mobile Tips and Tricks to significantly improve your chances of winning the chicken dinners and have more fun while playing the game. You can download PUBG Mobile on your iPhone or iPad for free here.

PUBG Mobile is a great battle royale game that brings the full console gaming experience to iPhone and iPad users. With its high intensity gameplay, amazing graphics and unique play style the game provides hours of entertainment and can be quite addicting.

If you are playing PUBG Mobile on your iPhone or iPad and haven’t been able to win Chicken Dinners, then we might be able to help. Here are some great PUBG Mobile tips and tricks that can help you in winning those highly sort after chicken dinners and getting better at the game. 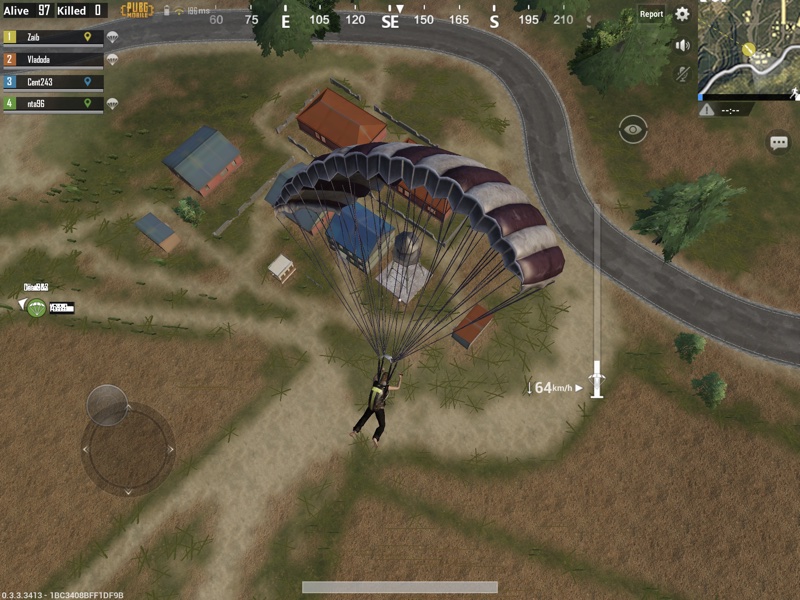 The first PUBG Mobile tip we are sharing with you is about landing. Where you land in the game greatly affects your chances of winning it. Although you might be tempted to drop at places such as Pochinki, Military Base or School because of the high volume of loot these places have, they are also filled with enemies. If you land at these popular locations you reduce your chances of surviving to even make it to the end game.

Instead try dropping at medium risk places that have decent loot. These places include Mylta, Farm, Gatka, Ruins, Ferry Pier, Georgopol etc. Also make sure you glide through using the parachute and land at a distance from the main flying path, rather than landing at right where you get out of the plane, as these places typically get high volume of players.

PUBG Mobile Tip 2: Only shoot when you have to

While it can be tempting to shoot at a player right when you see it, when you do so you reveal your position. This is especially important on PUBG Mobile, that shows the direction of the shooting on the map. Only shoot at a player when you have made sure you can kill him because if you miss you not only reveal your position to the player you missed but also others around you. This is more important during the end game when the circle is small.

PUBG Mobile Tip 3: Always keep an eye on the next circle 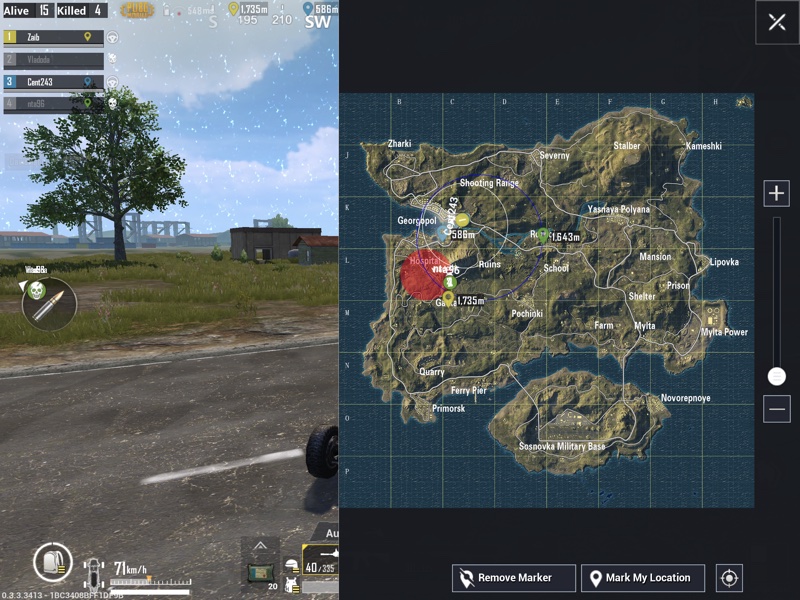 Looting and killing enemies can be overwhelming, and often times you get so invested in the action that you forget about the circle until it is too late. Know your distance from the first and subsequent circles right from the time the first one appears and always make sure you have enough time to make the circle before the blue comes, especially if you don’t have a vehicle.

PUBG Mobile Tip 4: Ditch the car in the end game

Cars are great for getting from one point to the next (and running over enemies) however you should use them with caution. Moving around in a car calls for unwanted attention and can easily reveal your whereabouts to nearby enemies and snipers. You should just ditch the car once you make the circle. This is particular true for last two circles that are small enough for you to run instead of taking a vehicle. 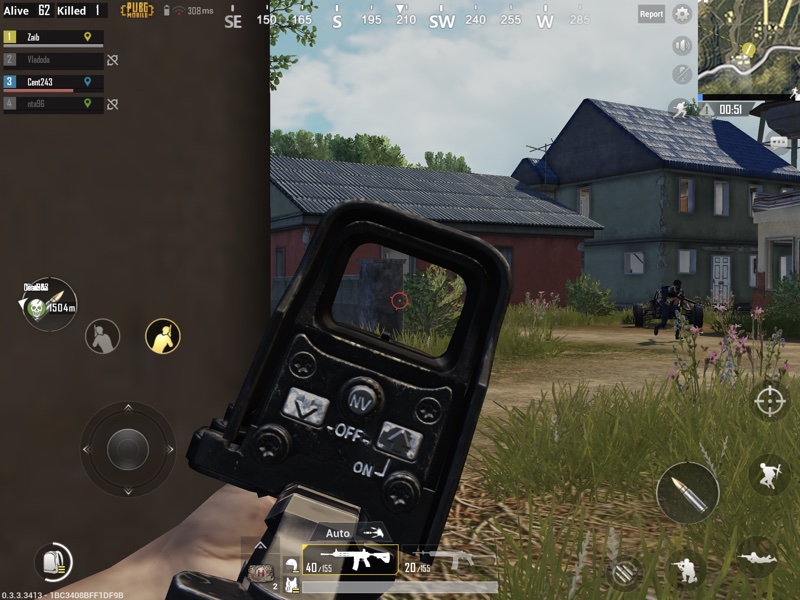 By default the peek controls on PUBG Mobile are turned off. These are crucial controls that let you peek at the enemies by tilting left or right, and shoot while most of your body is still in cover. You can turn on the Peek controls by going to in-game Settings (tap on gear icon located at top right side of the screen) then from the ‘Basic’ page enable ‘Peek & Fire’ option. 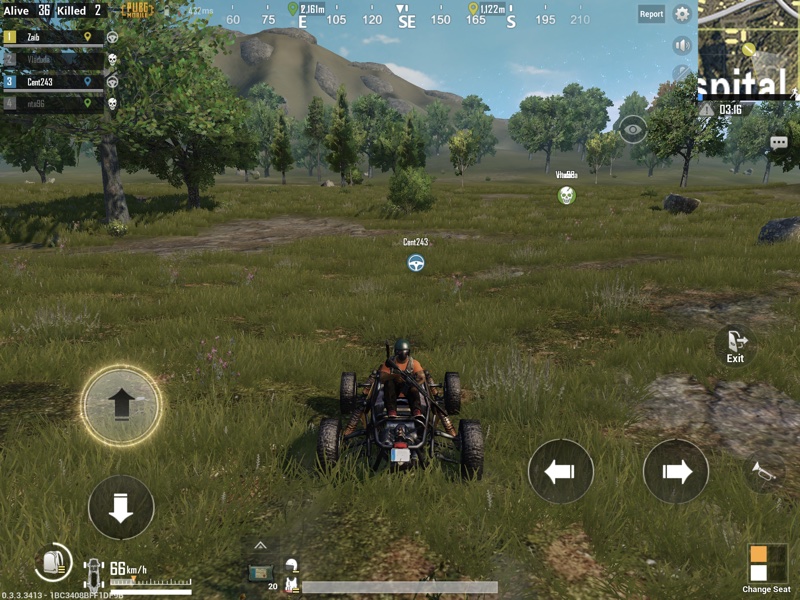 I have been in so many squad games where the whole team drops at separate locations and does not communicate or share loot. As a result by the mid of the game 1 or even all 3 teammates end up dead. Staying in close proximity of your squad members can not only help you defend each other in situations when someone attacks you but also allow your squad members to revive you back to life. Communication is another key thing that many PUBG Mobile players ignore. If you can’t talk to your squad members then at least listen to what they are saying by turning on the sound. You can also use the type feature to let your teammates know of your enemy’s positions and potential dangers. 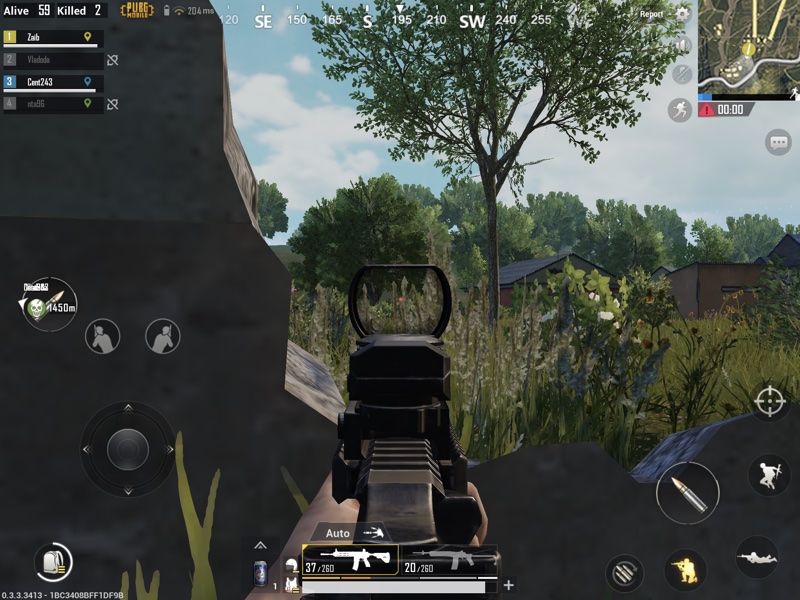 When you are shooting at enemies, don’t just stand out in the open while trying to aim. Take cover behind a wall, rock, tree or even a car before you start aiming. Shooting while standing in the open not only makes you more vulnerable but also reveals you position to other enemies.

Next on our list of PUBG Mobile Tips And Tricks is never stopping or staying stationary for a long periods of time. By moving we not only mean running, but you should also keep moving front/back and left/right instead of sitting stationary behind a tree or when looting an enemies. This reduces your chances of getting sniped from a long distance shooter. This is a small but crucial of all the PUBG Mobile Tips And Tricks mentioned here that can save your life in the game.

PUBG gameplay heavily depends on the sounds. When you are wearing headphones you hear directional sounds for enemy footsteps, gunshots and vehicles. This can greatly improve your chances of finding the enemy and eliminating them before they do. For best experience wear headphones and keep the volume as high as you can.

PUBG Mobile Tip 10: Never lie down when getting snipped

When you are taking shots from medium to high distances, the worst thing you can do is lie down on the ground. The enemies shooting at you already have eyes on you and when you lie down, it gives them chance to aim at your position and finish you with one shot. When you are taking shots especially from a distance it is best to keep running and while you run keep on jumping and going in zig zag direction.

PUBG Mobile Tip 11: Use Shotgun only when you are indoors

Shotguns are great when you are searching a house however they are the worst gun you can use in medium or high distances and outdoors. While playing PUBG Mobile I have come across so many players who use shotguns during the mid or even end game and are shooting at enemies at distances not remotely in range of their shotgun. Get rid of the shotgun as soon as you find an AR or SMG and only use them indoors.

Moving on to the 12th PUBG Mobile Tips And Tricks. I have seen many players carrying to similar types of guns. For example players carrying a M416 and a Scar-L. This isn’t a great idea not just because both of these are similar weapons but also because they take the same 5.56mm bullets. Instead of carrying two Assualt Rifles that take same types of bullets, it is a better idea to carry two guns that take different bullets, for example M416 and AKM (which takes 7.62mm).

If you are carrying two ARs or AR and an SMG, and you come across a Sniper, it is a good idea to give up one of them in favor of sniper as you will then be able to take on enemies in both close and long ranges. 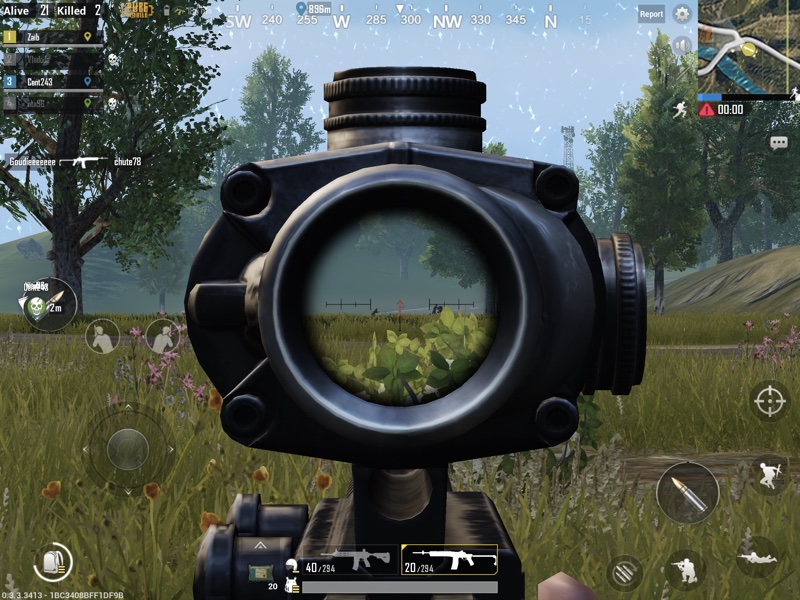 Attachments can win a game for you. Having a fully decked out gun with red dots, suppressors or compensators, extended mags and scopes can help you get much better at shooting. It is a great idea to use a red dot or holographic sight on one of your guns and use a scope on the other, so you can easily switch between the two and take eon enemies in both close and long ranges. 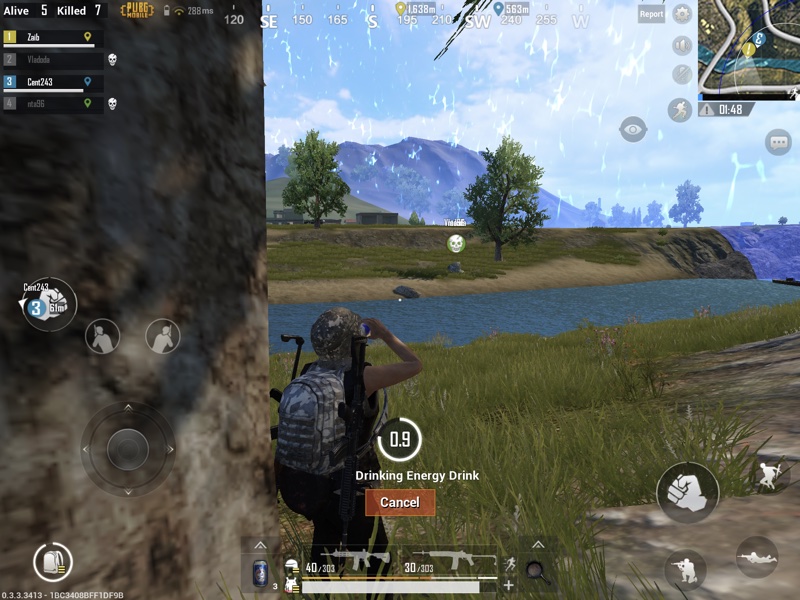 Last but certainly not the least on our list of PUBG Mobile Tips and Tricks is putting your gun away while running. When you put your gun away by tapping on the currently selected gun’s button, your character runs slightly yet noticeably faster. This enhanced speed can be crucial when you are running from blue and desperately trying to make the circle.

So there you go folks, these are some of the PUBG Mobile Tips And Tricks that you should definitely incorporate in your gameplay to improve your chances of winning chicken dinners. Do you have any tips that others should know about? Let us know in the comments section below.