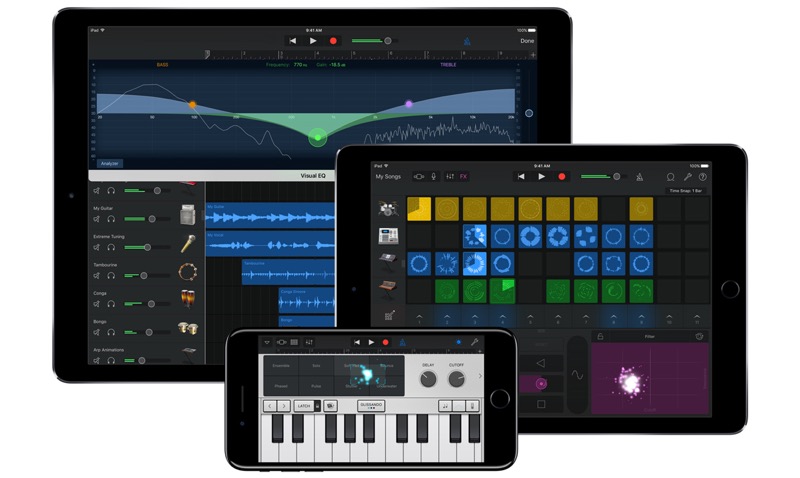 Thanks to technology it is now entirely possible to set up your own music studio from the comfort of your own home. Apple has long been a leader within the music industry, with its famous iPod and iTunes products allowing users to listen to thousands of their favourite tracks wherever they are.

However, as technology has developed, the way in which you can enjoy music with your Apple devices has also expanded. Now, it is possible to set up your own Apple music station, enabling you to listen to, as well as record your own music without leaving your home. To help you get started we have produced this article, where you’ll discover how to set up an Apple home music station.

What gear will you need?

The type of connectors you’ll need will depend upon the instrument you’re using. So, it’s worth taking a look at top component companies such as RS, to find the right connector for you. You’ll also want to invest in some good quality plug-in headphones as these provide much more accuracy and quality than wireless models.

Once you’ve got your gear, it is time to focus on getting the best app to create music on. There’s quite a huge choice of apps available, so it’s worth reading through the reviews to see which one best fits your requirements. However, some of the best to look into include:

When choosing the best apps, it’s important to note that some of the newer ones won’t support old iPhone devices. This is because the newer devices are typically 64-bit, while the older ones are usually 32-bit. So, the newer apps will be incompatible with older devices.

Why you shouldn’t scrimp on your gear

When you’re choosing your equipment and apps to set up your Apple home music station, it’s important not to scrimp on the cost. While you’ll obviously want to save as much money as you can, when it comes to making music you need to focus on quality, rather than cost. This is especially true when choosing the best connectors and headphones. Even the iPhone you’re using should be one of the larger, higher-end models. It’s also possible to use an iPad, rather than an iPhone if you prefer a larger interface.

Overall, you don’t need as much gear as you might think to set up an iPhone music station. However, you should be prepared to spend more on the things you do need. It’s amazing to think that you can now create studio-worthy music from your mobile phone! The above should help to get you started but don’t forget you can also find extensive guides online.

How To Take Screenshot On 11-inch and 12.9-inch iPad Pro
Apple Is Ripping Off Customers By Selling iPad mini 4 In 2018