Apple introduced 3D Touch feature last year with iPhone 6s and 6s Plus, however the company has truly taken advantage of this so called engineering marvel with iOS 10. The new version of iOS brings many new 3D Touch shortcuts and actions that will definitely make the life of iPhone users easier. Too bad only a fraction of iOS users will be able to take advantage of these new features, as 3D Touch i.e. a hardware feature is only available on the flagship iPhone models. If you are a 6s or 6s Plus user, then you will definitely enjoy what’s coming. 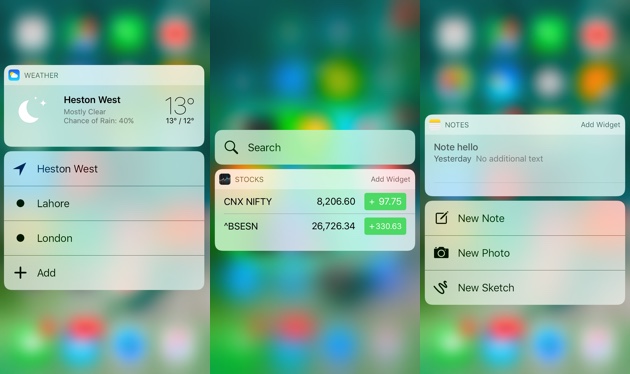 Apple has taken 3D Touch on the homescreen up a notch by adding widgets to 3D Touch menus. These new menus will now show users useful information from the app without even having to open it. For example, you can force tap on Weather app’s icon to see the current temperature and weather condition as well as jump to any location that’s added in the app. You can glance at your upcoming events in Calendar, View your recent memories in Photos, check out the latest story in News app, check stocks, read your most recent note and more. 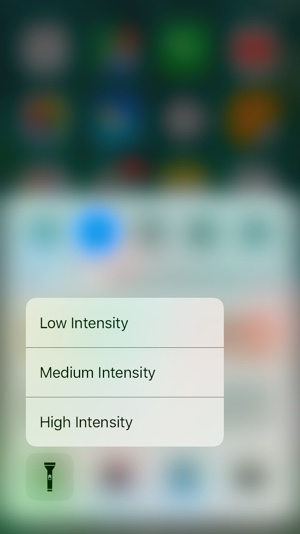 If you remember this concept (or tweak) from a few months ago, then you must have had high hopes for 3D Touch integration in Control Center. While Apple’s hasn’t used 3D Touch on the Control Center as much as we hoped for, there are still some useful additions. Now you can force tap on any one of the four utility icons to access more settings and shortcuts. For example, you can force tap on the torch icon to access low, medium and high intensity torch settings. You can quickly start stopwatch for different lengths of time, copy last calculator result and access different parts of Camera app. 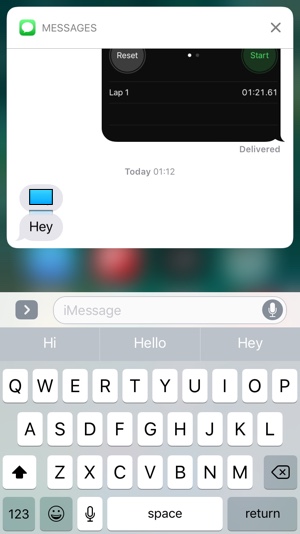 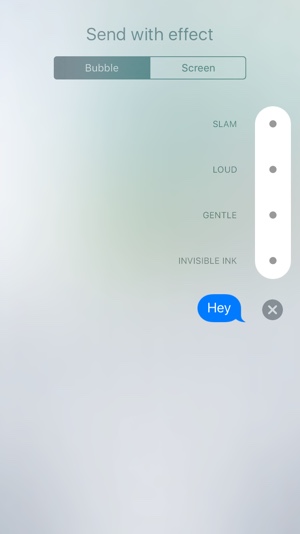 If you read our detailed post on iOS 10 Messages app, then you would know about the fun effects the software update brings to the iMessage service. If you have an iPhone 6s, you can force tap on the send button to access the effects screen. While non-3D Touch users need to tap and hold on the button, its much faster and easier for 6s users as they can access the screen instantly with force tap. 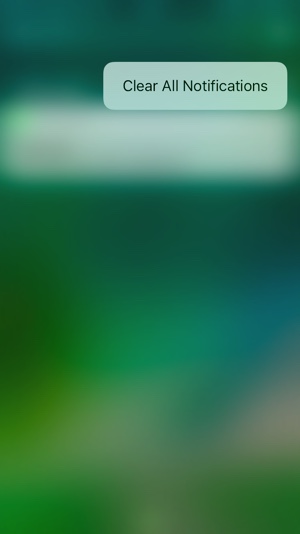 You can finally get rid of all the pending notifications from the Notification Center in watchOS style, by force tapping on the ‘x’ button and then hitting ‘Clear All Notifications’. This is one of my favorite features of iOS 10, as now you don’t have to tap on several ‘x’ buttons to clear up notifications. Saves time and is much more convenient than before. 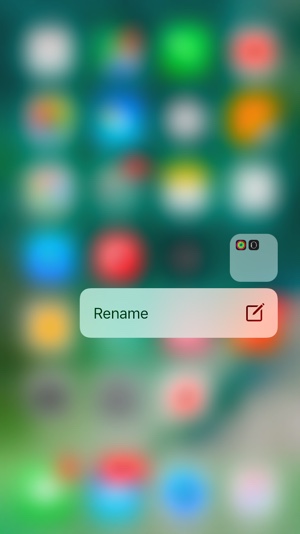 Folder renaming will be faster in iOS 10 thanks to the new 3D Touch shortcut that has been added to folders. Simply force tap on any folder to access the ‘Rename’ button and tap on it. While rename option is useful, we were also hoping that Apple would list shortcuts to apps stored in the folder so they can be launched quickly without opening it.

So there you go folks. These are some cool 3D Touch actions that have been added in iOS 10. As we tested the features in first beta, later versions of iOS 10 may feature some changes.