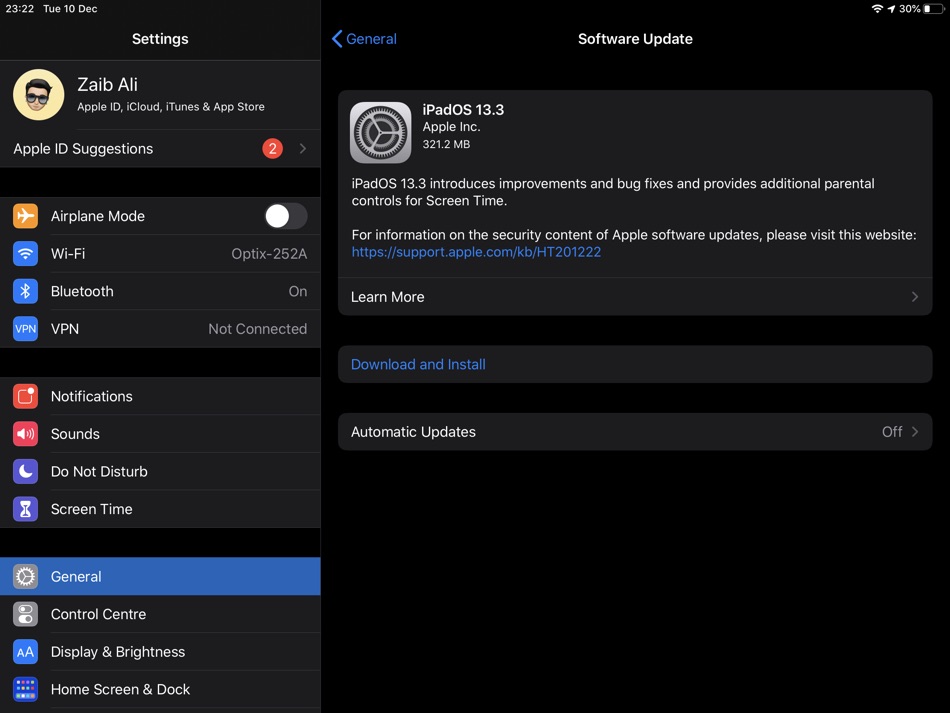 Following weeks of beta testing, Apple has today released iOS 13.3 and iPadOS 13.3 software updates for all devices and the updates are now available for download. iOS 13.3 is a major release that brings a number of improvements, bug fixes and new features. iOS 13.3 has been released over-the-air, through iTunes or Finder and as direct downloads.

With iOS 13.3 Apple has added new Parental Controls to the Screen Time feature that will allow parents and guardians to impose more communication limits on who their children can call, message or FaceTime. In addition to this parents have also been given control over who appears in their children’s contacts list.

Apple News+ has received new layouts for WSJ and other leading newspapers while the News app makes it easier for users to like or dislike stories with a tap. On the Stocks app Apple will show related Apple News stories to Canadian users in both English and French. In addition to this users will be able to continue reading related stories from same publication.

Other fixes and features introduced in this release include creation of new video clip when trimming a video in Photos app, NFC, USB and Lightning FIDO2-compliant security keys support in Safari, fix for the Mail app to make downloading new messages more reliable, solves the bug that caused screenshots to appear blurry when sent through the Messages app, makes sharing audio recordings more reliable and more.

You can download iOS 13.3 and iPadOS 13.3 on any iOS 13 compatible device by going to Settings -> General -> Software Update. You can also download iOS 13.3 IPSW from the links below and then use iTunes or Finder to install the update manually.

Click to comment
iPhone Personal Hotspot Not Working? Try These Fixes
How To Properly Redact Sensitive Information On iPhone Or iPad