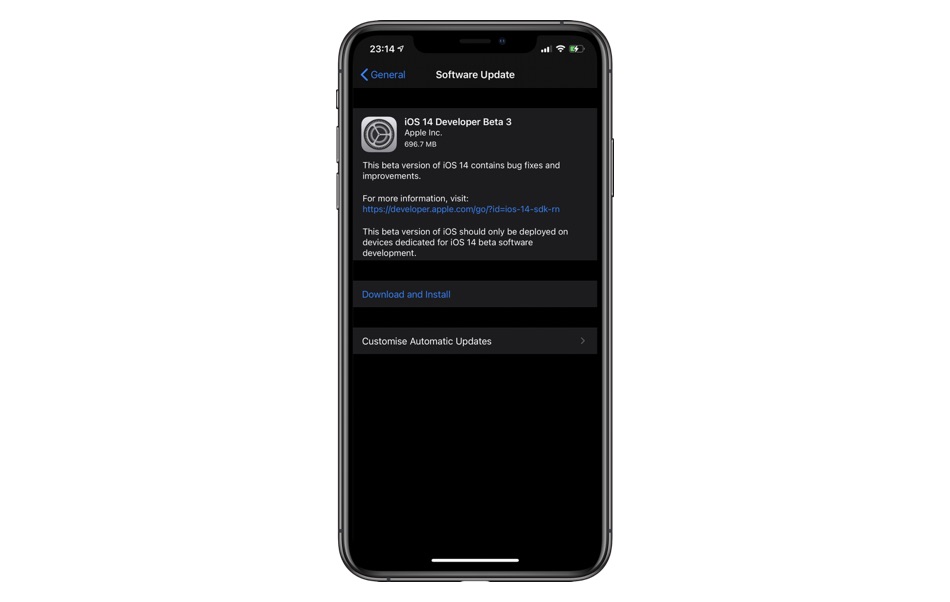 If you are already running the iOS 14 or iPadOS 14 beta, then you can head over to Software Update section of your iOS device to install it. If you are installing iOS 14 developer beta for the first time, then you can install it by adding an iOS 14 Configuration Profile to your device first.

Related: How To Downgrade To iOS 13 After iOS 14 Beta

Here are some of the notable changes that have been introduced in iOS 14 beta 3.

1. Apple has changed the icon of the Music app. The new icon features a reddish color instead of white.

2. Clock widget shown at WWDC demo has now been added to iPhone.

3. The Music widget now comes with a colored background.

Check out our iOS 14 coverage so far: