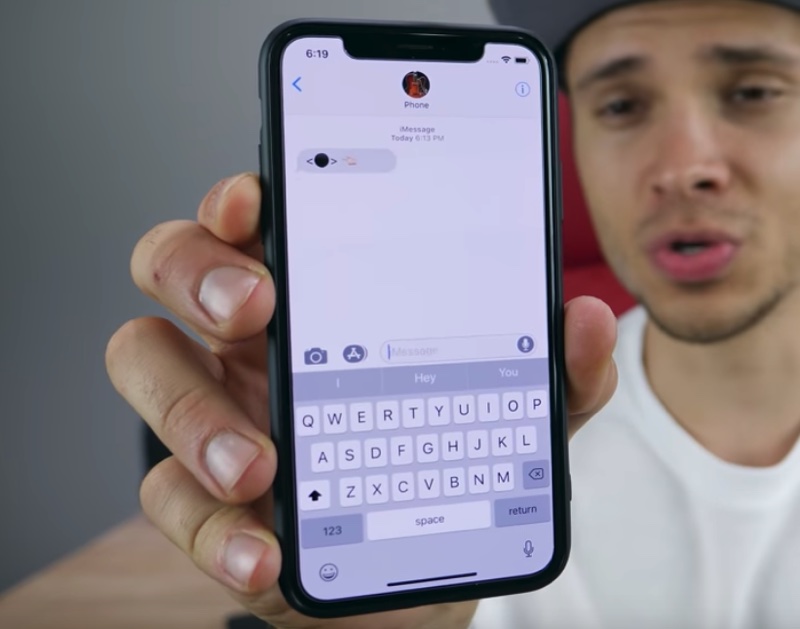 A new Unicode text bug has been discovered that reportedly affects iOS 11.3 as well as yet to be released iOS 11.4. The bug that is being dubbed as the black dot bug even though it doesn’t rely on the black dot Unicode character causes the recipient’s device to crash when a hidden string of thousands of Unicode characters is sent to the target device through the Messages app. The crashing begins as soon as user opens the message thread, rendering the app useless.

The bug is caused as the sent message contains thousands of hidden invisible Unicode characters. When these are received on the target device and opened, the CPU cycles as the system attempts to process them. This Unicode bug is not found exclusively on iOS, as it also affects Android, macOS and quite possibly other operating systems that support Unicode characters.

While we wait for Apple to fix this issue in its next software release, you can stay safe from the black dot bug by not opening messages from unknown senders. If you have opened the message thread already, then you won’t be able to solve this issue even by force quitting the Messages app through App Switcher.

However fixing the issue isn’t very hard. All you have to do is force quit the app and then 3D Touch on the Messages app icon. Then finally click on the ‘New Message’ option. Once a new thread is created return to the list of conversation threads and delete the one that contains the bugged message.

This is not the first time we have experienced text based bugs that can cause Apple devices to crash. A few months ago we came across the Telugu language character bug that caused the device to crash. Apple was able to fix the issue in a subsequent release.