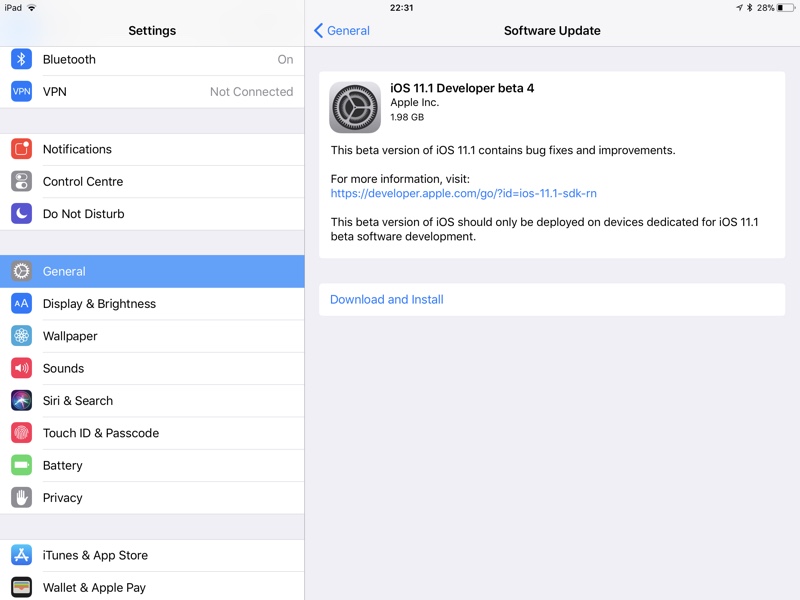 Apple has just released the fourth developer beta for iOS 11.1 and it is now available for download. The release comes just four days after the release of beta 3. What’s even more interesting is the fact that Apple is making users download the whole iOS when installing this update.

On iPad Pro 10.5-inch the update is 1.98GB as opposed to a few hundred MBs like in previous iOS 11.1 beta releases. iPhone users are also reporting the download being in around 2GB. This could just this is a GM build, however nothing can be said with certainty.

iOS 11.1 brings hundreds of new emoji, adds back 3D Touch gesture multitasking gesture for iPhones among other fixes and improvements.