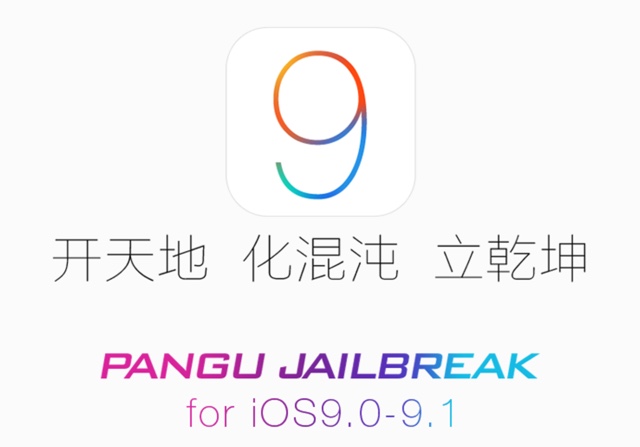 In a surprising development Team Pangu has just released the updated version of their jailbreak tool, which is now capable of untethered jailbreaking iOS 9.1. The updated tool is released for both Windows and Mac operating systems. Right now Pangu v1.3.0 can jailbreak iOS 9.1 on devices that have 64-bit processors. This obviously includes all the latest models such as iPhone 6s, iPhone 6, iPad Pro, iPad Air 2 etc. A full list of supported devices is given below.

While iOS 9.1 jailbreak release by Pangu is definitely exciting, it has also upset many iOS users, who were also expecting a jailbreak for iOS 9.2.1. Right now most people have already upgraded to the latest version of iOS, and Apple stopped signing iOS 9.1 months ago, following the release of iOS 9.2. Despite that it is a welcome development from team Pangu, and those who are still running iOS 9.1 on their iPhone, iPad or iPod touch could not be happier.

Below is the complete list of 64-bit iOS devices that are supported by the new Pangu tool.

You can download the Pangu v1.3.0 for iOS 9.1 jailbreak using the links below. The tool is available for both Windows and Mac. The new Pangu supports jailbreak for iOS 9.0 up to iOS 9.1.