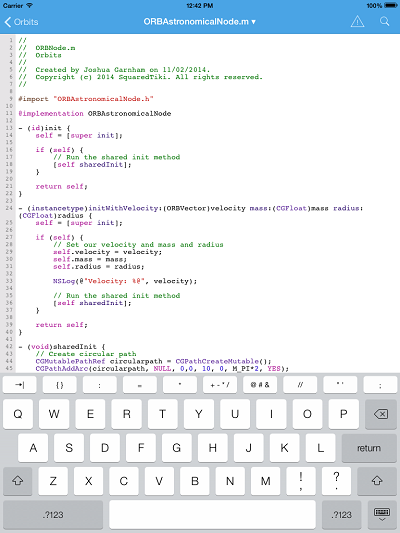 As iPad is becoming more powerful with every hardware and software release it is about time when this portable device will be able to fully replace the Mac in all tasks. While computers remain the ultimate machines for writing code it seems like iPad will catch up sooner than later. Dringend is a recently released app for iPad that brings full featured iOS and Mac development environment to Apple’s tablet.

The app features all the capabilities required to effectively write code and build apps while on the go. While Dringend isn’t able to provide a totally Mac free development environment it is certainly a step forward, and with iPad’s ease of use and portability it can be used as an extension to your app development. With Dringend’s sync feature you can write code on the iPad and continue on your Mac as soon as you are on it. It features deep Dropbox integration that make the syncing effortless for the user.

To compile apps on your iPad you will need to install Constructor.app on your Mac. Details can be found on the official link here.

Here’s the app in action.

You can download the Dringend app for iPad from the App Store for $9.99.