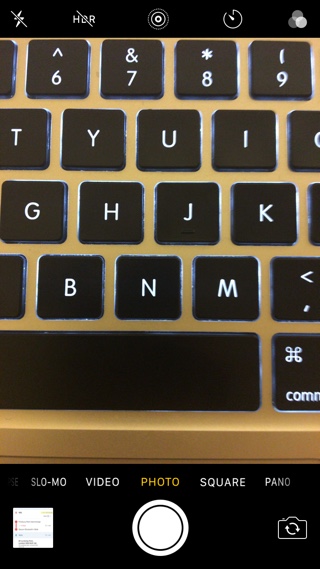 For many iPhone’s Camera app is the best stock application. The simple to use app offers a range of great features that have kept iPhones the most popular camera on the planet for many years. iOS 10 did not bring a radical redesign of the Camera app nor did it add the ability for users to delete the Camera app. While the update did not bring any major changes to Camera, there are still a few improvements that fix its biggest quirks. We are sure the changes will be appreciated by the users. Read on to learn about he new features added in iOS 10 Camera app.

Right now whenever you launch the camera app on an iPhone 6s while music is playing in the background, iOS pauses the music until you are in the camera app. The music playback is resumed as soon as you return to the homescreen or switch to another app. This iOS behavior that started in iOS 9 annoyed many users. Looks like Apple has finally realized its mistake as it has changed this annoying behavior of the Camera app back to how it used to be. Now you can take photos while listening to your favorite songs. The music will still be stopped during video recording though, which is not a problem for most users.

Apple has moved the camera switch button that lets you switch from the front camera to the back camera (and vice versa) from the top bar to the bottom bar. This will make it much easier to reach the button and press it while they are shooting photos or recording videos. While all users will appreciate this change the feature is particularly a good news for users of iPhone Plus owners.

While most users won’t care about this new functionality, professional photographers and those who care about even the most minor details of their photos will love the addition of RAW shooting on the Camera app. Now iPhone will save the RAW image in DNG format from the Camera’s hardware and third-party apps will also be able to take advantage of this feature.

Apple claims the camera launches quicker than before in iOS 10. Personally speaking I didn’t find the camera noticeably faster in iOS 10 beta than the previous versions of the OS. This could be because everything was already pretty fast on iPhone 6s. If you have an older device and feel Camera app is faster (or even slower) then share your experience in the comments section below.

Apple has also changed the way users can access the Camera from the lockscreen. Now instead of swiping up on the dedicated Camera button you have to swipe left to access it.

iOS 10 will improve the Live Photos quality with its image stabilization feature. With the new Camera app of iOS 10 you will be able to shoot Live Photos that will be better looking and smoother than before.