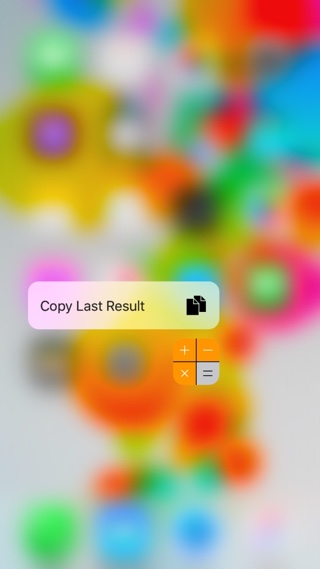 Apple added the impressive 3D Touch feature to iPhone 6s, which allows users to access app shortcuts on the homescreen among other things. While the feature is super useful it isn’t utilized up to its full potential. Apple has made an effort to fix that by adding new shortcuts to apps that didn’t get the 3D Touch love before in iOS 9.3. One of those apps is the stock Calculator app, which now allows users to copy last calculation’s result to the clipboard. While that feature is only available on iOS 9.3 jailbreak users can get it on earlier versions by installing CalculatorCopy tweak from Cydia.

CalculatorCopy is a simple tweak that only adds one shortcut to 3D Touch menu of the Calculator app, albeit a useful one. If you just calculated a total or percentage of something and want to add the result to another app, then you can copy the last result without even opening the Calculator app. You can download this tweak on your iPhone 6s/6s plus or any other device that is running 3D Touch enabler tweak from Cydia for free.