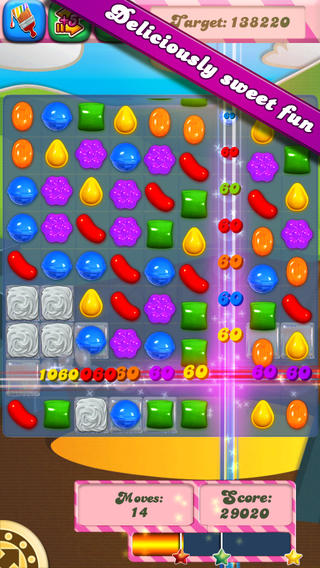 Truth be told I have never played Candy Crush games, however we are aware that some of you are huge fans and are literally addicted to it. If you play Candy Crush Saga game on your iPhone, iPad or iPod touch and would like to cheat in it then we have got a perfect hack for you. A new package called Candy Crusher has been released in Cydia, which allows users to apply a variety of cheats to the Candy Crush Saga game. There are a number of cheats included in this tweak making it a worthy download for players.

Candy Crushers includes hacks for unlimited lives, score multiplier, ability to unlock all levels, swap candies anywhere no matter which color they are made up of and ability to move amount chooser.

Needless to say that the there’s no guarantee that this cheat will work on the game or all the mentioned features will be functional, however it is still worth giving a try as it is available for free. 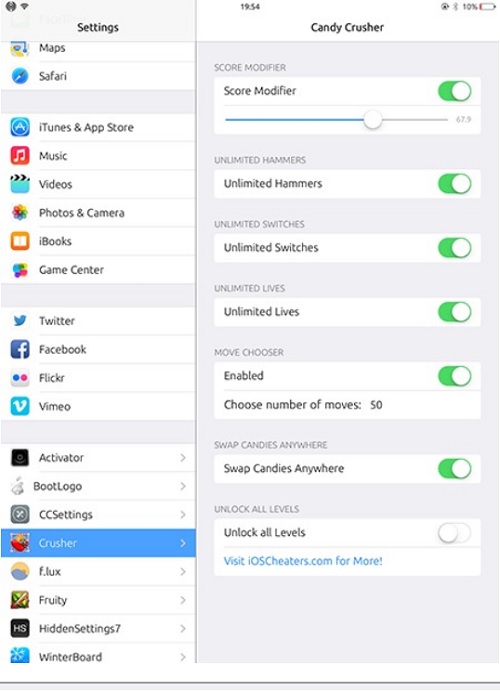 Having such cheats certainly gives you an edge over other players but it ruins the fun of the game as well. If you are a dedicated Candy Crush Saga player who does not want to ruin the game for him or her in the long run then we would advice you to avoid such hacks. If you don’t mind then it would provide a nice way for you to show off to your friends who wouldn’t be able to match your high scores.

Candy Crushers tweak is available in Cydia for free under the BigBoss repo.