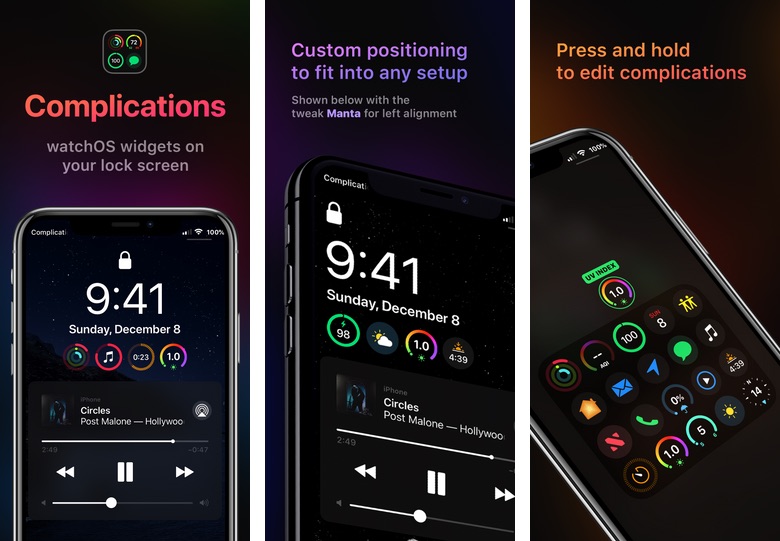 Ever since I got my first Apple Watch I have been obsessed with the idea of Apple bringing watchOS inspired Complications to the iPhone. If you don’t know this, Complications are tiny Apple Watch widgets that allow users to quickly view useful at a glance information right on the watch face. The presence of Complications means you don’t have to unlock the Apple Watch and open specific apps to view information.

Tweak’s developer says Complications tweak does not sacrifice battery life and will not affect your device’s running time. Users can customize which widgets appear on their lockscreen and change the number of visible widgets, and choose how many rows and columns they want.

To replace a Complication with another one you have to simply long press on the complication. When you long press an extensive popup menu appears showing you the complete list of available options.

Complications tweak is available in Cydia or Sileo through the Packix repo. The tweak costs $1.99 and works with iOS 11 or later, including iOS 13.