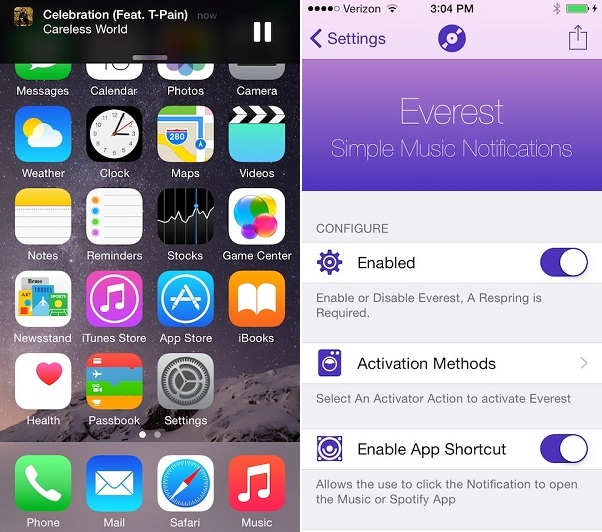 The Music app of iOS has evolved a lot over the past few years and gotten a lot better than it was in the early days of the operating system. While there are many notable music applications available in the App Store, the stock app remains the favorite for majority of users. You can control your music easily even when you are outside of the app through the dedicated control center controls as well as from the lockscreen.

However if those controls are not enough for you then there’s a new Cydia tweak called Everest that brings yet another way of playing/pausing and changing songs. Everest cleverly puts music controls in a notification banner enabling you to pause a now playing song by tapping on the button. That’s not all as you can also go to the next or previous song by swiping on the banner.

To bring the Everest notification banner you have to perform an Activator action or gesture that you can select from tweak’s settings page. Apart from that Everest is also shown when a new song starts playing from a playlist.