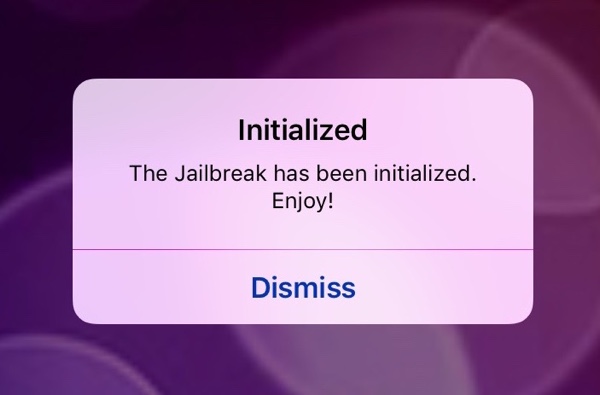 iOS 9.3.3 jailbreak by PanGu is a little weird. It is a tethered jailbreak, that does not require you to connect your iOS device to a computer after reboot. Instead in order to make the jailbreak functional again, you have to launch a special app and lock the device. When the device is locked, you will get a notification telling the jailbreak is working. More often than not users get confused as they don’t really know if jailbreak is working or not until they launch Cydia or see any of their installed tweaks working.

Enter the new Initialized tweak from developer Ziph0n. The tweak sends a popup on user’s iPhone or iPad every time the user reboots the device and then initiates the tethered jailbreak using the PP jailbreak app. This popup simply indicates that the jailbroken status of device is now active, so you don’t have to open Cydia to see if its working. The popup reads “The Jailbreak has been initialized. Enjoy!”. You can simply dismiss the notification by tapping on the button.

Initialized is a good tweak for those who find reinitiating the jailbreak confusing, which is understandable as the jailbreak app is still in Chinese language. You can download Initialized tweak from Cydia for free.