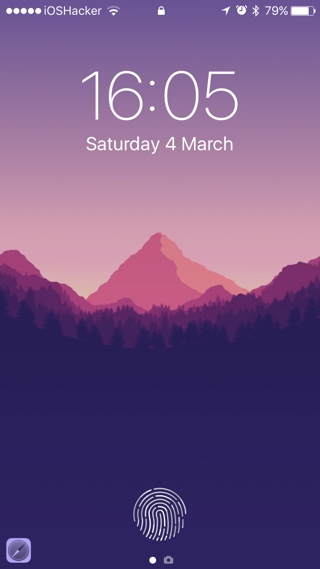 The new LockGlyphX tweak, which is the updated version of the popular LockGlyph tweak has been released. The tweak features full support for iOS 10, which means you can now use it to bring Apple Pay animation to the lockscreen of your iPhone 7 and other Touch ID enabled devices. LockGlyphX adds the original Apple Pay glyph and authorization animation to the lockscreen, which is played when you scan your finger on the homescreen button. When the fingerprint scan has been successful same animation is played that appears when an Apple Pay transaction ends successfully.

LockGlyphX comes with a number of customization options that make it possible for users to change its different behaviors. The Settings panel for the tweak consists of three sections including Behavior, Appearance and Animation.

From the Behavior section you can enable or disable the tweak, change unlock sound, make the device unlock immediately instead of waiting for the whole animation to complete. The page also consists of vibrate and shake settings among other things.

From the Appearance page you can change the Theme (only one is available by default), show/hide the ring, change LockGlyphX’s location on the lockscreen as well as change colors of glyph and scanning animation. You also get to hide the default ‘Press Home to Unlock’ text or replace it with custom text of your choice.

Finally the Animations screen lets you enable or disable ‘tick animation’, ‘shine animation’ and make the animations faster or slower with the help of an on/off toggle.

You can download the LockGlyphX tweak from Cydia for free. It fully supports iOS 10. For older iOS versions LockGlyph is also available separately.