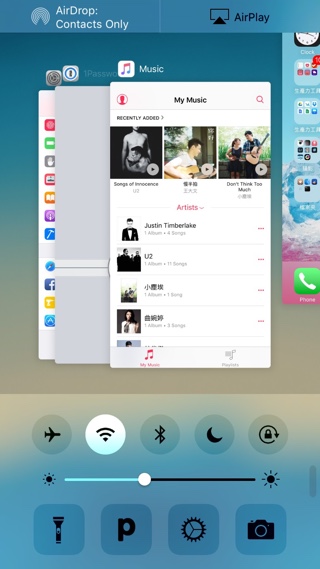 iOS 9 brought a fully redesigned App Switcher, which is definitely an improvement over the previous versions. The new Lylac tweak aims at making the iOS 9 App Switcher even better by allowing users to customize the App Switcher while adding new features to it. With Lylac you can have a multi-center page, which essentially combines the App Switcher and Control Center, giving you a unified experience. So you get app cards as well as setting toggles, utility icons music controls and more right on a single screen.

Lylac also brings several new gesture to the switcher. If you have a 3D Touch enabled device, you can access the App Switcher by swiping in from the right edge of the screen. In addition to that you can kill all running apps at once by swiping up on the homescreen card. For the ‘kill all apps’ gesture, Lylac offers a whitelist feature that lets you exempt certain apps from quitting when this gesture is performed. The tweak will not close the apps that are playing audio in the background. You can also access other useful options such as respring, reboot, power off, safe mode etc by pulling down the homescreen card, which is quite convenient. 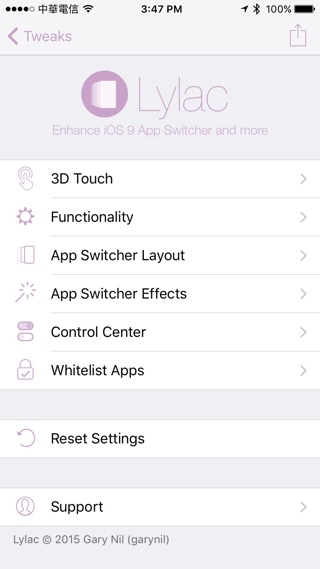 You can customize the switcher layout, change the blur effect, offset setting and darkness settings. You also get to assign a custom image as the App Switcher’s background.

Lylac tweak is available in Cydia for $1.99. It works on all iOS 9 powered devices except the iPad.