Jailbroken on iOS 10 or iOS 9? If yes, then you have came to the right place. Recently several notable Cydia tweaks were released in the store, most of them with full compatibility for the iOS 10 jailbreak. To make it easier for you guys to find these hacks we have prepared this roundup with brief introductions for each one of the items listed. Read on to learn about CCLowPower, Disclose, Homi+, NotToday10 and Shydock. 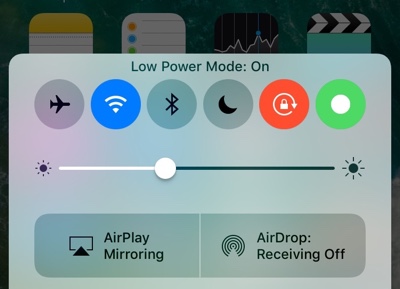 Do you often use the iOS Low Power Mode even when your device is not running low on battery? Then CCLowPower tweak for iOS 10 is for you. This tweak adds a simple on/off toggle that allows you to turn on the mode whenever you like, no matter which app you are using. The CC button makes things much easier for the users as normally they have to access the setting by going through Settings > Battery > Low Power Mode. CCLowPower tweak is available in Cydia for free.

The Disclose tweak, which is also compatible with iOS 10 allows users to close the ‘Look Up’ dictionary view by simply swiping. Normally you have to tap a button to exit the screen, so this tweak makes things quicker for the users. Disclose is available in Cydia for free.

Homi+ tweak simply removes the iOS dock from the bottom. Once the dock is removed the tweak adds another row of icons at the bottom that you can use to store your app icons in. Unlike the dock that stays in its place the bottom row will let you store different icons on different pages, adding more space to the homescreen. While Homi+ tweak is not for everyone there are surely many out there who would rather have an extra row instead of a fixed dock. Homi+ tweak is still in beta so it may have issues. The developer has promised to add customization options like custom height, custom row and column amount in the upcoming updates. You can download Homi+ tweak beta from Cydia by adding https://antiquebeta.github.io/ to your Cydia sources.

NotToday10 tweak removes the ‘Today view’ or the spotlight page that appears on the first page of the Notification Center, letting you to quickly access the pending alerts that usually reside on the second page. It will also remove the today view from lockscreen and the springboard. NotToday10 only supports iOS 10 and is available in Cydia under this repo: https://dannyglover.github.io/repo 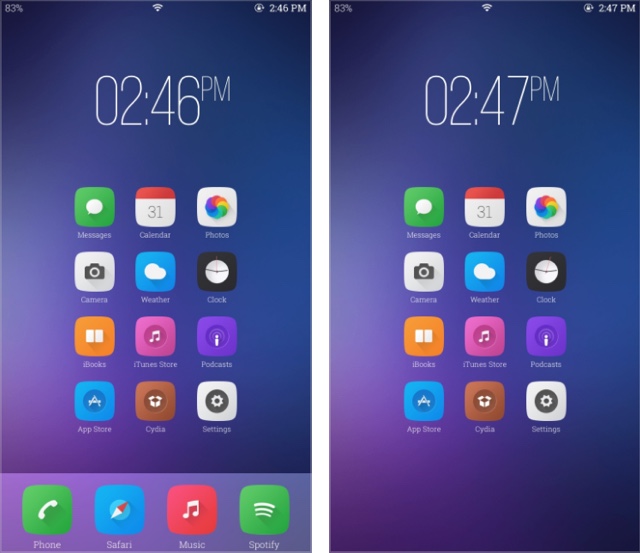 Want to hide the iOS dock and bring it out on demand? Try the Shydock tweak from Cydia. The hack simply hides the dock and brings it back up whenever a pre-defined Activator gesture is performed. The tweak works very much like how dock hides and comes out on macOS, the only difference being instead of you bringing the cursor at the bottom of the screen you have to perform an Activator gesture. From settings you can select different gestures for hiding and showing the dock. You can also configure the animation duration. For now Shydock only supports iOS 9, but we hope iOS 10 compatibility will be added soon. You can download Shydock from Cydia for free.