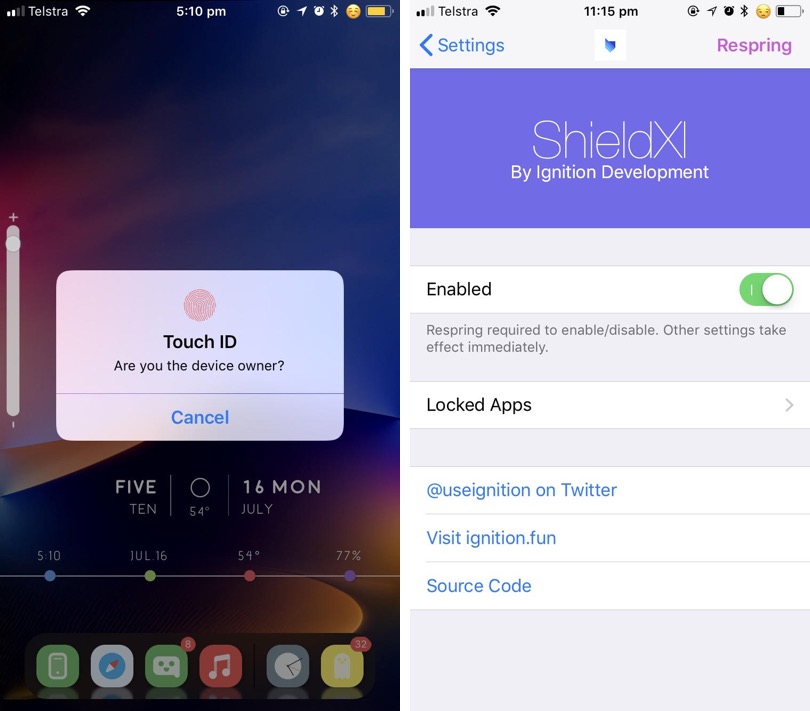 If there’s one thing that is missing from iOS right now it is the lack of ability to ‘lock’ applications. If you share your iPhone or iPad often with friends or family members there’s no easy way of preventing them from accessing certain applications on your device. That’s where the ShieldXI tweak for jailbroken devices proves itself to be useful.

With this Cydia tweak you can lockdown any stock or third-party app on your iOS device. Once an app has been locked, it can only be unlocked and accessed after the user has performed a Touch ID or Face ID authentication. The tweak presents itself as an alternative to the popular BioProtect X tweak, which is paid.

After installing ShieldXI from Cydia you can launch its Settings, where you will be allowed to lock certain applications. Just choose the apps you want to lock and require Touch ID/Face ID authentication for and exit.

While the current version of the tweak allows users to lock apps, the developer has promised more features in the future. This includes a Guest Mode, ability to lock toggles, custom access for messages, ability to lock in the app switcher and more.

You can download ShieldXI tweak right now from Cydia’s BigBoss repository. It fully works with iOS 11 devices including iPhone X.