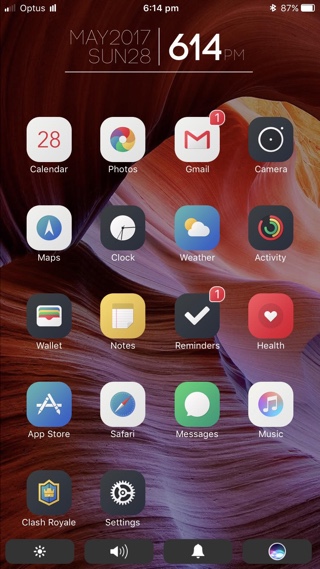 While it has many critics, Touch Bar feature on the MacBook Pro is certainly an interesting feature. A new tweak for jailbroken devices, appropriately named TouchBar tries to bring the same function bar to iOS. The TouchBar has been redesigned for iPhone’s small screen size and its user-interface, and conveniently sits at the bottom of the screen. It is capable of displaying all the useful buttons that make it possible for users to access different settings and features.

By default the tweak displays three buttons in a section called Home bar. In the Home bar you get the back button, home button and the multitasking button – kind of similar to Android’s on-screen buttons. When you swipe left on the TouchBar area you can get access to the Control Bar, which has functions like brightness, volume and Siri. When you swipe left one more time you can access the Music section that has useful buttons like play/pause, rewind and skip. 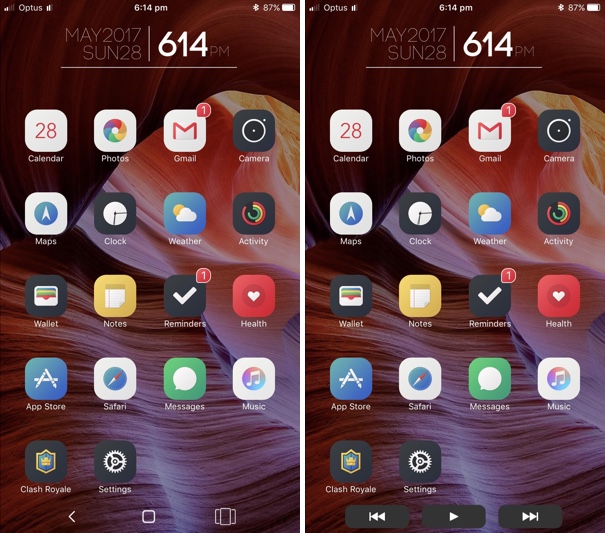 TouchBar tweak offers a number of customization options that make it possible for users to change the way it works and looks. According to its developer TouchBar is incompatible with a number of other Cydia tweaks including Cercube, Harbour and StopAlarm8+. Installing the tweak alongside this tweaks can cause respring loop issue.

You can download the TouchBar tweak from Cydia for $2. It works with iOS 9 and iOS 10 devices.