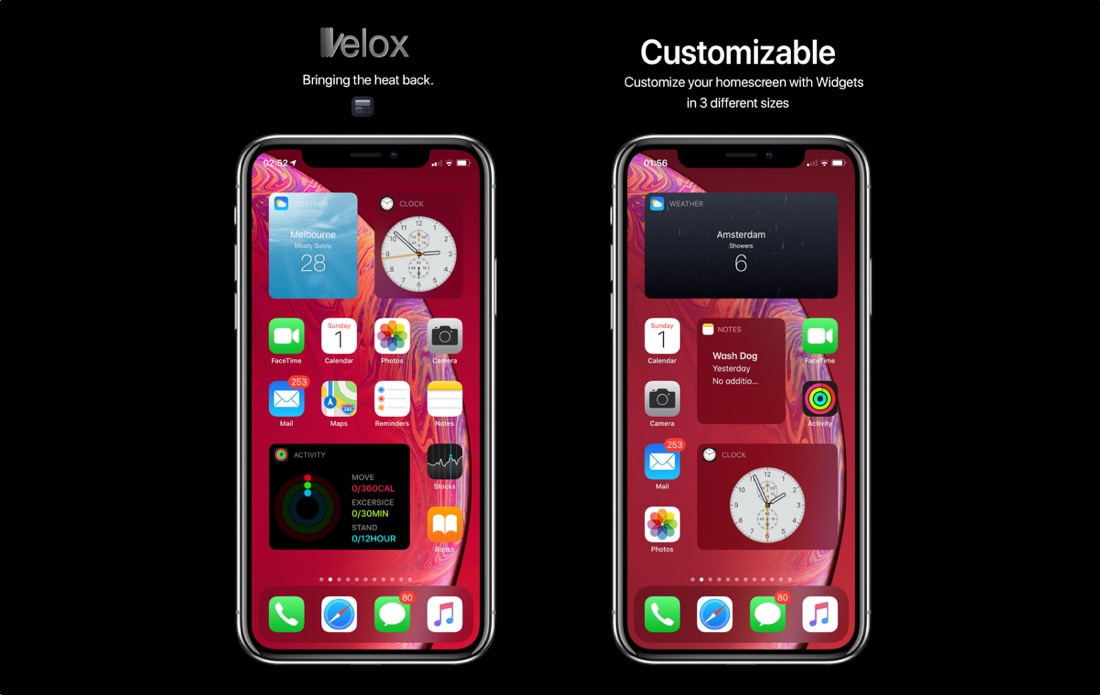 For years we have been hearing rumors regarding Apple bringing interactive widgets to the iPhone’s homescreen, however those rumors have yet to materialize. A new jailbreak tweak called Velox Reloaded brings the missing home screen widgets feature to iOS.

Velox Reloaded features widgets for a variety of applications and is capable of displaying them anywhere on the home screen. The apps that get their own home screen widgets include FaceTime, Calendar, Photos, Phone, Documents, Apple Music, Weather, Clock, Settings, Notes, FotMob Pro TodayScores, TV and Reminders. The developer has also promised to add custom widgets that will allow the tweak to show any app’s own widgets inside the home screen interface.

For apps that don’t have widgets the tweak is capable of displaying its pending notifications, enabling you to easily view an app’s pending alerts and open them quickly.

Velox Reloaded’s developer has also promised to update his tweak with more than 20 custom widgets, which will make the tweak more useful and capable. 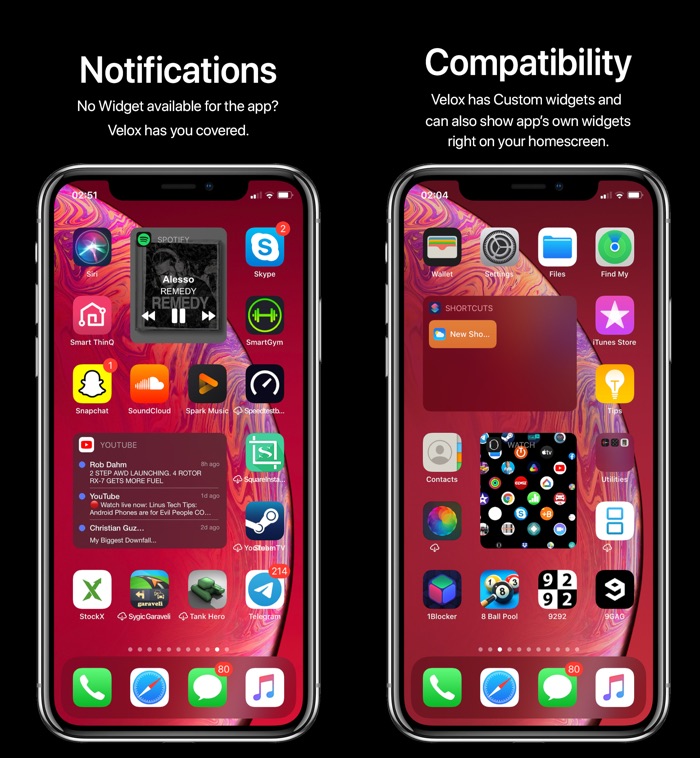 As far as customization goes Velox Reloaded lets users configure their home screen widgets in three different sizes. Using these three sizes and arranging app icons on the home screen you can create distinctive look for your device.

You can download the Velox Reloaded tweak from Cydia’s Chariz Repository (https://repo.chariz.com) where it is available for $2.99. This is an iOS 13 compatible tweak and works with iOS 13.0 all the way up to iOS 13.3.1.