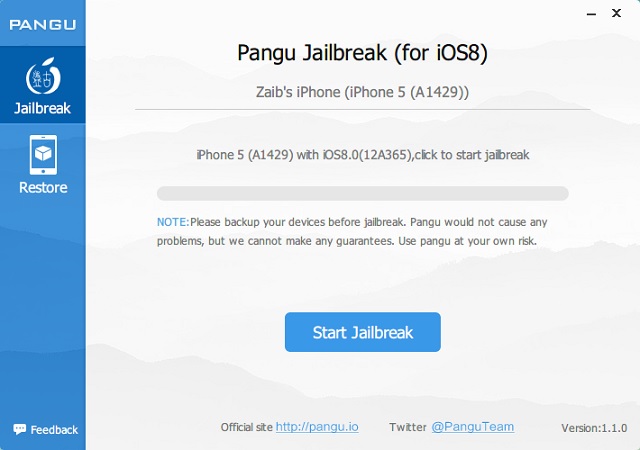 One 3rd November Apple seeded the iOS 8.1.1 beta to developers. Later it was found that the new minor update isn’t that minor after all and completely kills the iOS 8 jailbreak made possible by Pangu8 tool. This means when the final version of iOS 8.1.1 is released publicly you won’t be able to upgrade to iOS 8.1, which is the only iOS version you can install right now through iTunes and then jailbreak using Pangu.

So if you are still running iOS 7 or any version of iOS 8 released prior to 8.1 then now is the time to upgrade to the latest version and jailbreak it. Once iOS 8.1.1 is rolled out you won’t be able to install iOS 8.1 on your iPhone, iPad or iPod touch. In that case you will have to wait for team Pangu or Evad3rs to release a jailbreak for that particular version of the operating system, which could take months to happen provided they actually decide to release one.

If you are not running a jailbroken iOS 8.1 already simply head to this link and download it for your device. Then after creating a fresh back up for your iPhone, iPad or iPod touch restore your iPhone using the IPSW file you just downloaded.

Later grab the Pangu8 tool for Mac or Windows from here and jailbreak your device. A guide for how to jailbreak iOS 8.1 can be found here.