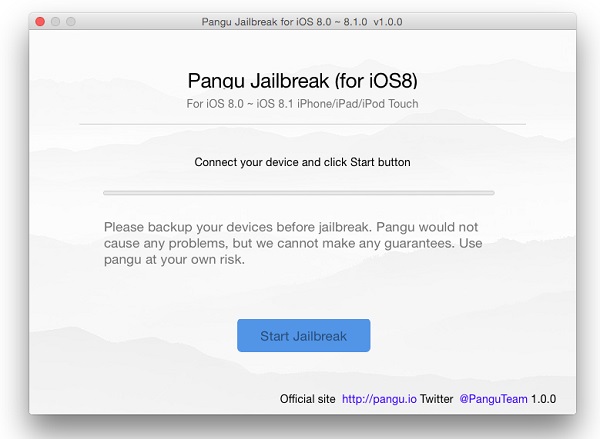 Around three weeks after the release of Pangu jailbreak for iOS 8, Chinese jailbreak team Pangu has finally released their jailbreak tool for Mac and it is now available for download. The tool comes weeks after the initial Pangu8 release that only supported Windows powered machines at the time. Team Pangu announced that Mac versions will follow shortly but first they need time to solve problems faced by Windows users. Now that Windows versions is stable they have fulfilled their promise and delivered the OS X version.

Pangu8 for Mac version 1.0 is a 39MB download and is capable of jailbreaking all iOS 8 running iPhones, iPads and iPod touch. Unlike the first release of Windows tool the OS X version comes bundled with Cydia, which is installed during the jailbreak process.

Here’s a list of devices supported by Pangu jailbreak for iOS 8.

If you need help in jailbreaking your iOS device with Pangu for Mac then do check our guide here. The steps for both Windows and Mac versions of Pangu are same.