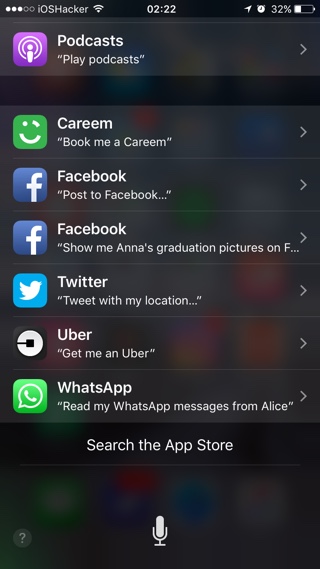 Siri now offers third-party app support, which means you can use the personal voice assistant to perform a number of tasks in apps that support it. If you are not sure which apps that are installed on your iPhone or iPad offer Siri integration and what you can do with them on your device, this article can help.

Below we will show you how you can see which installed apps support Siri and what actions you can perform with the special integration.

There are two ways to see which installed apps support Siri. The first one is done through the Settings app. Simply go to Settings > Siri > App Support. Here you will find a list of apps that can be used with Siri. You can enable or disable toggles to prevent Siri from accessing certain apps. 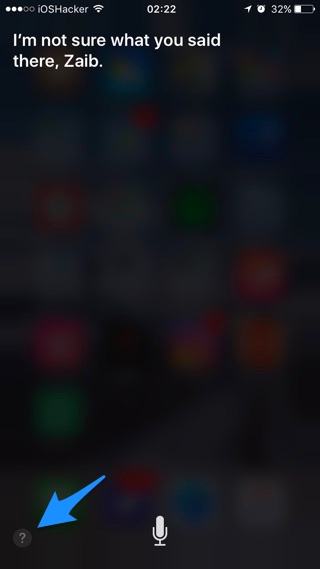 The second way you can see which apps support Siri on your iPhone or iPad is by activating Siri with the home button. Once Siri appears tap on the waveform animation and then hit the ‘?’ button. This should reveal the ‘Some things you can ask me:’ page. Scroll down on this page until you see the third-party apps installed on your device. 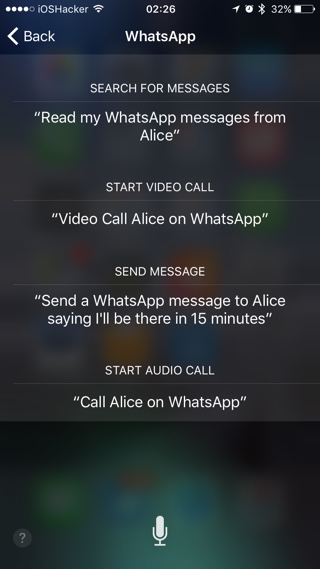 You can also see what tasks you can perform with these apps using Siri. Just tap on the app to see the commands you can use with that particular app. You don’t have to say exact sentence when using Siri with your favorite app however its a good idea to know the right sentence structure by looking at the examples. One thing that you should always do when using a third-party app is to mention its name in your command. For example say “Call Alice On WhatsApp”, so Siri would know you want to make the call on WhatsApp and not through iPhone’s stock Phone app.

Continue Reading
You may also like...
Related Topics:Apps, How to, Siri, Siri Tips, tips

Snapchat Now Allows Users To Send Limitless Snaps, Draw With Emojis
How To Delete The Apple ID The Right Way