After keeping its online Store down for several hours, Apple has finally brought it back along with some new hardware releases. Today Apple has launched brand new iPad Air and iPad mini 5th generation, both of which can now be purchased from company’s store. 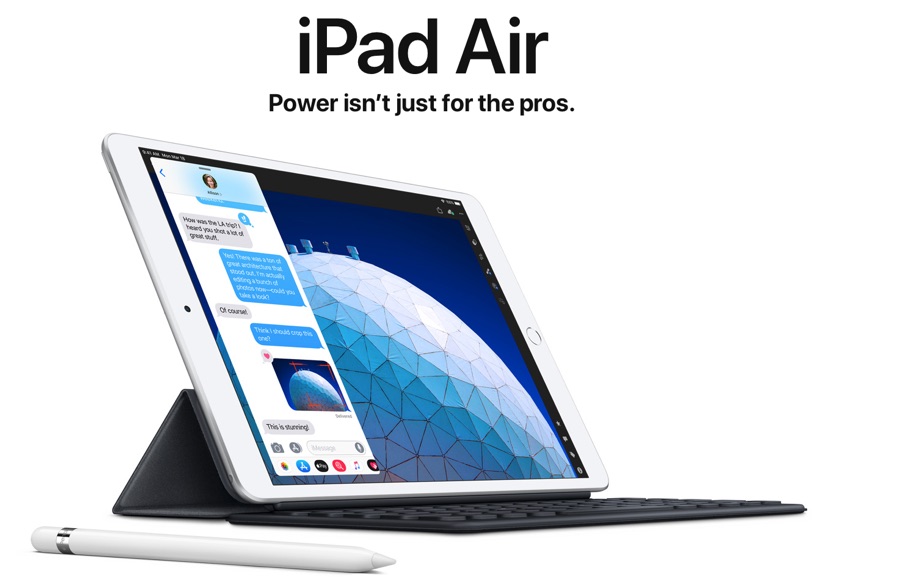 The new iPad Air has a 10.5-inch Retina Display screen and at a starting price of $499 it sits between the iPad Pro lineup and the 9.7-inch budget iPad. However unlike the budget iPad, this iPad Air model features powerful specifications. iPad Air is basically the successor to the 10.5-inch iPad Pro, which Apple has now stopped selling. It features the A12 Bionic chip, 10.5-inch Retina Display, 8-megapixel rear camera, stereo speakers and all the other features you would expect from a modern iPad. However unlike the 10.5-inch iPad Pro and other Pro models, the new iPad Air seems to lack the ProMotion display technology that allows smooth 120Hz scrolling.

The 2019 iPad Air features support for the first generation Apple Pencil and has a Smart Connector that would make it possible for users to attach smart accessories like the Smart Keyboard case with it. iPad Air comes in 32GB and 256GB storage capacities. It is available in Space Grey, Gold and Silver colors. While the entry level model sells for $499, the 256GB variant can be bought for $549. Cellular versions are also available.

Apple seems to be targeting users who want a powerful tablet but don’t want to spend as much as the price of an iPad Pro. With support for Apple Pencil, Smart Keyboard, a 10.5-inch screen and a budget friendly pricing when compared with Pro lineup, iPad Air is the tablet for most people out there. 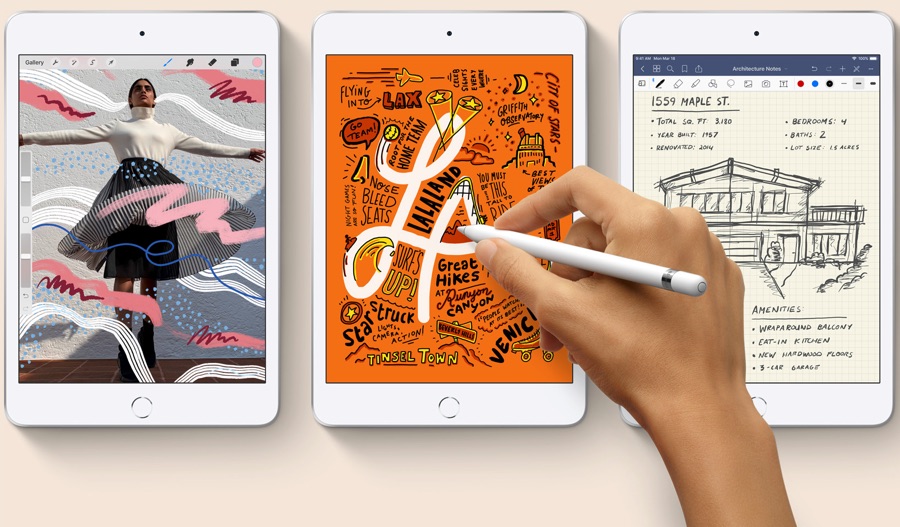 iPad mini 5 features the exact same design as the previous iPad mini, however it features some big changes inside. It is powered by the A12 Bionic chip, features 8-megapixel rear camera, 7.9-inch Retina Display, stereo speakers and other features found on modern iPads. For the first time ever Apple has added the Apple Pencil support to iPad mini, and this particular model supports Apple Pencil 1st generation. iPad mini 5 comes in 32GB and 256GB storage capacities and is available in Space Grey, Gold and Silver colors. You can buy one today for $399 while the 256GB version is available for $549. Cellular versions are also available.

While we would have liked to see a redesign and a lower price, the fact that Apple has finally updated the iPad mini and added support for Apple Pencil is a good sign for those who like this compact size iPad. Apple has received a lot of criticism for not upgrading iPad mini 4 specs and selling outdated model in its stores, however with today’s release that issue has been resolved.