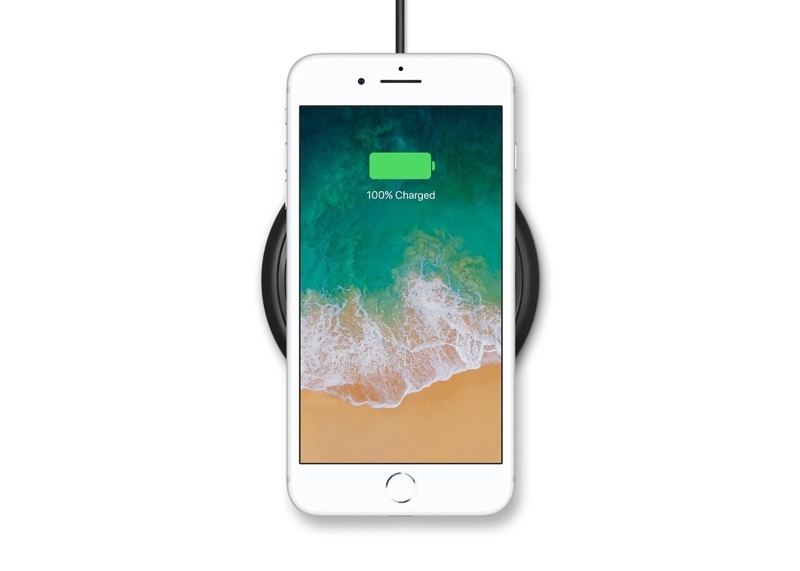 With iOS 11.2 users will be able to enjoy faster wireless charging speeds with their iPhone X, iPhone 8 and 8 Plus. It has been revealed that Apple is changing how wireless charging works in the upcoming software update, which will enable 7.5 watt Qi Charging for charging pads that are approved by Apple. Some of the charging pads that already support this higher charging speed include Mophie Wireless Charging Base and Belkin Boost Up Wireless Charging Pad.

Although there are wireless chargers that can work with 7.5 watt Qi Charging enabled devices, it is unclear whether Apple will allow them to use this iPhone functionality without approval. Companies who are officially supported that includes Belkin and Mophie say that only those manufacturers that partner with Apple and get their wireless chargers approved will be allowed to use 7.5w charging capabilities of iPhones.

Why Apple is limiting 7.5w charging to trusted devices from select manufacturers could be due to safety concerns. The amount of cheaply made non-Apple accessories in the market and how dangerous they can be is staggeringly high, so this seems like Apple is playing cautious.

iOS 11.2 is currently in beta and will get released in the coming weeks. In addition to faster wireless charging the software update will bring Apple Pay Cash to US users. (via)