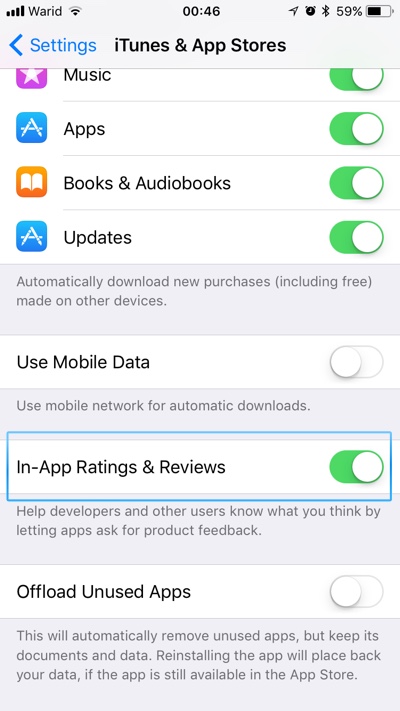 We have all been victims of obnoxious in-app ratings and reviews reminders that insist user opens the App Store and review the app they are using. While most app developers use the reviews notification wisely and only remind users about reviewing after some period, there were several apps that are known to abuse this functionality. Starting iOS 11 Apple will give users the ability to stop app developers from asking them to review the app in the App Store.

On an iOS 11 powered iPhone or iPad user can turn off the In-App Ratings & Reviews toggle. When this is turned off apps won’t be able to ask users for reviews in the App Store. This means you will no longer get the annoying popup alert with the app requesting App Store reviews or ratings.

You can find the toggle in Settings > iTunes & App Stores. Of course you can choose to be reminded to review apps you are using, however if you are someone who cannot be bothered, this is a great addition in iOS 11.