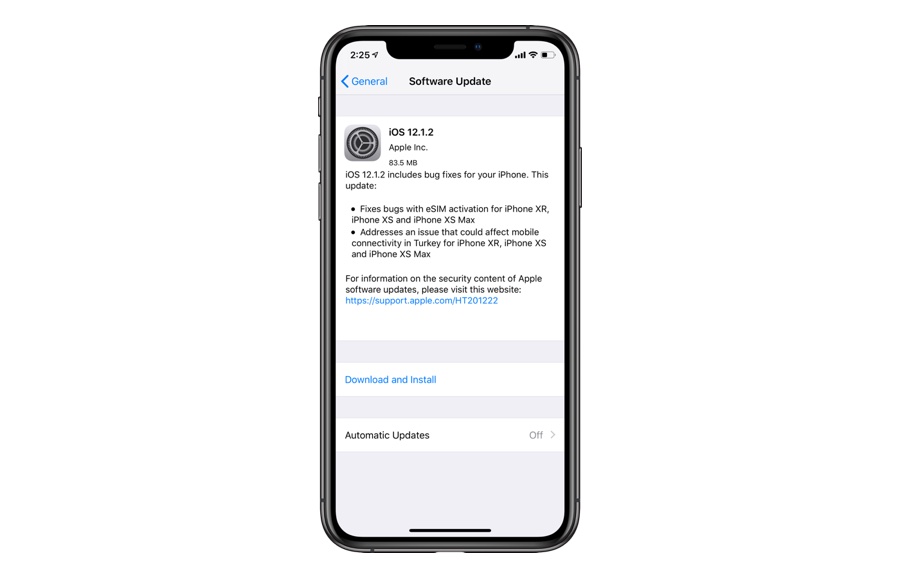 The iOS 12.1.2 software update for iPhone has been released and it is now available for download. As you can can judge by its version number, iOS 12.1.2 is a minor update however it brings some important bug fixes for iPhones. The release comes as a surprise as Apple only started beta testing this iOS version last week.

This is an iPhone-only release, so iPad and iPod touch users have not received this update, yet.

According to the iOS change log with this update Apple has fixed the bugs with eSIM activation on the iPhone XS, XS Max and XR. In addition to that this update also addresses the issue that could affect mobile connectivity for newer iPhones in Turkey.

The update may also contain iOS fixes that are aimed to address the patents involved in its legal battle with Qualcomm. However it is currently unknown what changes the company will introduce in iOS 12.1.2 related to those patents.

You can now head to Settings > General > Software Update and download iOS 12.1.2 on your iOS device. The update is also available through iTunes and direct IPSW download links given below.

How To Enable USB Accessories Security Feature On iPhone Or iPad, And Why You Should
The UE MEGABLAST Adds Voice Control, Makes Some Sacrifices (Review)