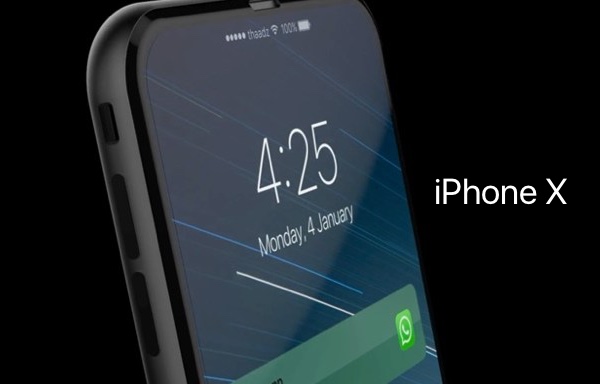 Just days before its highly anticipated event Apple made a blunder and released the iOS 11 GM prematurely. Since then people have been dissecting the firmware file to unveil details about what is going to be announced on September 12. Now another detail that has been leaked through the iOS 11 GM and it is perhaps the most interesting one.

It has been revealed that the new iPhones are going to be called iPhone X, iPhone 8 and iPhone 8 Plus. This almost comes as a surprise for everyone as it was commonly believed that Apple will call the new iPhones 7s and iPhone 7s Plus, continuing its tradition of releasing ‘s’ models of iPhones. It was also thought that the iPhone 8 or iPhone Edition names will be reserved for the OLED iPhones, which is going to be the flagship device of this year.

Instead Apple is using the iPhone 8 and iPhone 8 Plus names for the iPhones that are getting modest updates such as wireless charging, faster processors, better cameras etc. The OLED iPhone that is going to feature an edge-to-edge display is going to be called iPhone X. Other features of the iPhone X include dual cameras, Face ID, wireless charging, portrait lighting for better portrait photography, iPad like True Tone display and more.

It makes sense for Apple to use the letter ‘X’, which also means 10 in roman numerals, as it is a 10th anniversary iPhone. The X moniker would also suggest that this is a one off premium model and will not be continued next year. Perhaps that is the very reason why Apple chose to call it iPhone X instead of iPhone Pro, as that would have implied that it is a new lineup like iPad Pro.

Despite all the leaks we are still excited for Apple’s September 12 event and can’t wait to get our hands on these new devices.