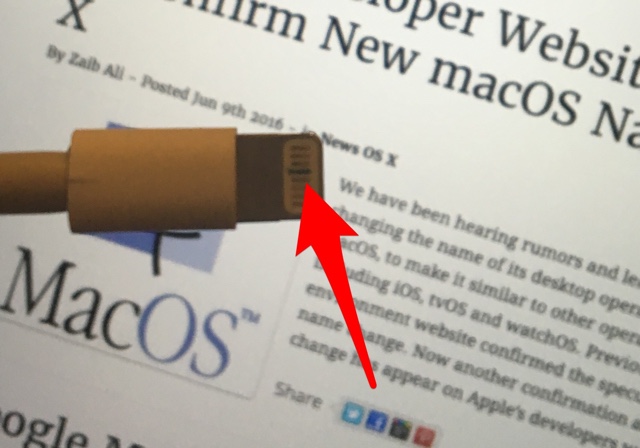 Have you ever had a lightning cable whose 4th pin (or 5th depending on which side you are counting from) turns from golden color to black? If yes, then you are certainly not alone. Over the years we have all had lightning cables that have shown burn marks and black pin.

Today I stumbled upon a Reddit post in which a guy asked the community why does his lightning port’s 4th pin has turned black. After reading his post and looking at the picture that he shared of his cable, I looked for one of my older iPhone cables that had the similar black spot.

Turns out it is something that is quite common and many people have seen lightning cable corrosion judging by the respondents on the Reddit post.

Luckily another Reddit user who introduces himself as an electrical engineer explains the reason behind 4th pin turning black from gold. According to the user it is a common electrical phenomenon.

He explains that the pin or the ‘terminal’ either has a positive or negative voltage connection. When the connector is plugged into the iPhone or iPad’s lighting port, there can be a small spark gap that happens when the cable is connected with the device.

The likely cause for this is due to a capacitor charging and drawing more current for a fraction of the second. Since the electric current is able to jump between the plates easily, this overtime causes the copper to erode, making the pin appear black.

In many cases when the pin becomes black, one side of the lighting cable stops working. This is certainly true in my cable’s case as I can only charge and sync my iPhone from one side of the cable as other ones doesn’t work at all making the problem particularly annoying. [Reddit]