When Apple announced the Facetime feature while introducing iPhone 4 the first thing that came to my mind was when the company would introduce the audio feature. It took the company over three years to do so as Facetime audio was added to iOS devices in iOS 7. Looks like the company is learning from its mistakes as it has been revealed that the audio version of Facetime will soon be available to Mac users in the upcoming software update. 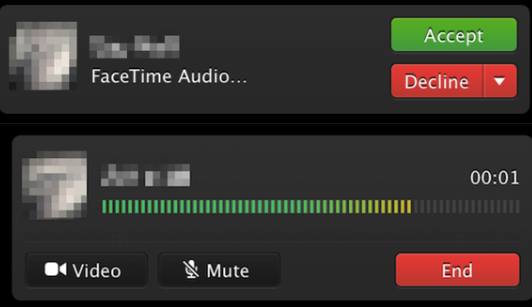 The Facetime audio feature will be deeply integrated in the Messages and Facetime apps allowing Mac users to talk to their family or friends who either have iPhone, iPad, iPod touch or Mac using voice only. Since Facetime audio is an iOS 7 feature on these devices it is obvious that iOS users will be required to have the latest version of iOS in order to make or receive Facetime audio calls to their Mac contacts.

OS X Mavericks 10.9.2 is still in beta and will be released to public in the coming weeks. OS X 10.9.2 beta is currently available to Apple’s registered developers.