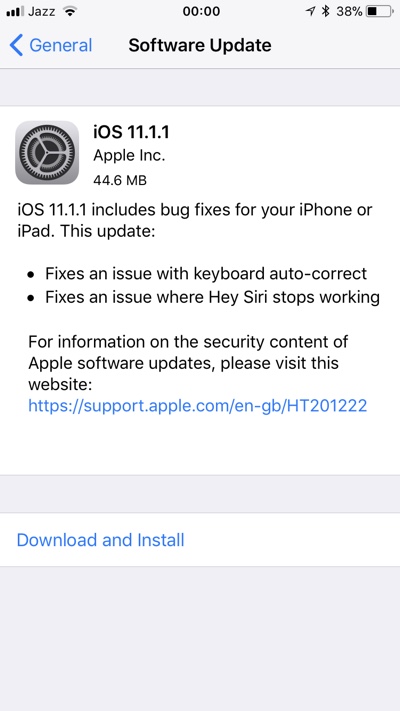 Apple has released iOS 11.1.1 software update and it is now available for download. The update has been released for all iOS 11 compatible devices and can be downloaded over-the-air through the Settings app. iOS 11.1.1 has been released while Apple is still beta testing iOS 11.2 with developers and public beta testers.

You can now go ahead and download the software update on your iPhone, iPad or iPod touch. iOS 11.1.1 is a release that focuses on bug fixes. It solves the issue with keyboard auto-correct which caused A or ? to appear when user tried typing letter i. The release has also fixed the issue that caused ‘Hey Siri’ feature to stop working.

While the update is available over-the-air and through iTunes, if you prefer downloading the direct IPSW, then use the links below. Make sure you download the update specific to your device.