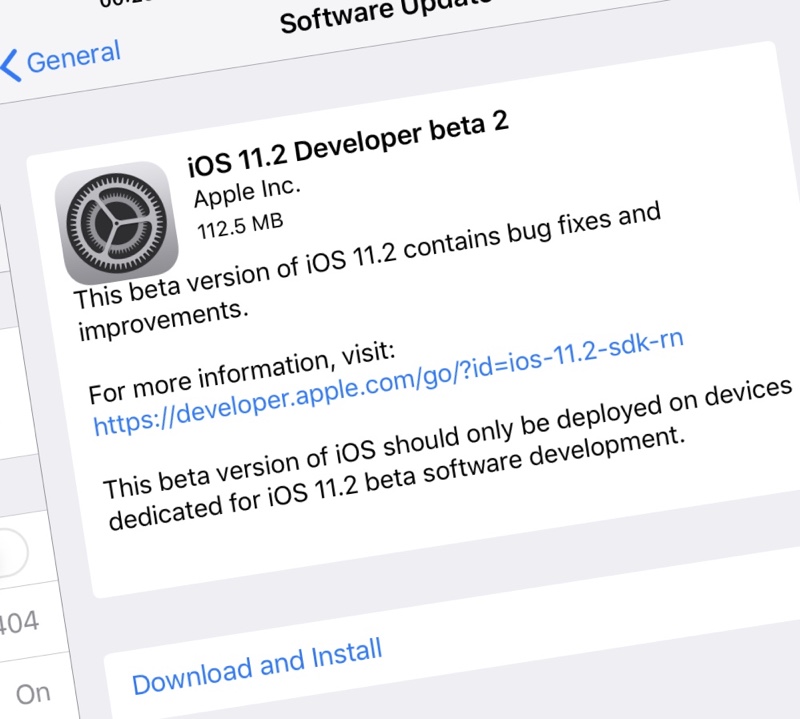 Apple has released iOS 11.2 beta 2 for developers and it is now available for download. The second beta comes a little more than a week after Apple started beta testing the operating system on all models of iPhone, iPad and iPod touch. Interestingly the same beta 2 had already been released for iPhone X users, who got it on Friday because users were having backup restoring issues on iOS 11.2 beta.