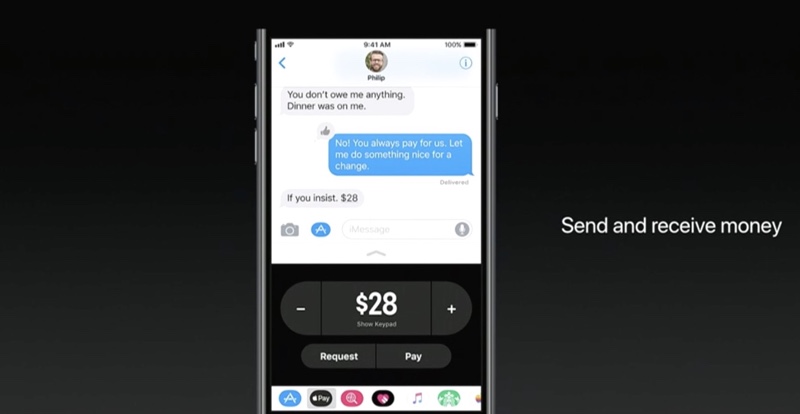 Apple has already announced that Apple Pay will be getting person to person payment feature with iOS 11, however the company has yet to roll out the feature even to those who are beta testing its upcoming software.

While we still wait for official details, website iHelp BR (via) has found references to the Apple Pay and how it will work in iOS 11 code. According to the leaked details users will be able to authenticate the service using a Photo ID such as a driver’s license etc. So before being able to start making transactions using the service, user will be required to provide proof of identity most likely using a government issued form of identification.

iOS will ask user to scan the photo ID by placing it in-front of the camera. If the verification process fails user won’t be able to make person to person transactions using the Apple Pay service, while the in-store and online Apple Pay services will still work.

It has also been found in the code that Apple is referring to the whole feature as ‘Apple Pay Cash’. Everything related to the feature exists under this string, including user’s identity verification, information about transfer fees and Apple Pay Cash card.

The references made in iOS 11 code suggest that the Apple Pay Cash card will work just like any other virtual card used in the Wallet app making it possible to make purchases with the balance in stores, online and transfer money to their bank accounts.

We will learn more about the person to person payments when Apple officially launches it alongside iOS 11’s public release. It will also be a highlight feature of the upcoming iPhone 8, iPhone 7s and iPhone 7s Plus.