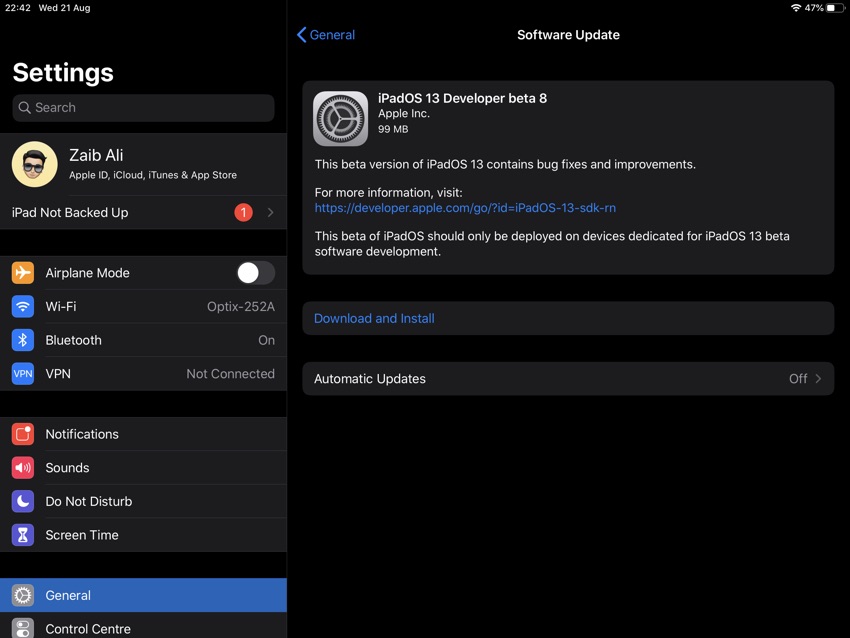 Apple has seeded 8th developer beta for iOS 13 and iPadOS 13, both of which are now available for download. If you are a developer who is running beta on his or her devices, then head over to Software Update section of your device in order to download the update over-the-air.

As this is the beta 8, we don’t expect many changes or new features being introduced in this release normal bug fixes and performance improvements can be expected. Apple has been rumored to release iOS 13 for public on September 10th, the same day it is said to announce the next generation iPhones. That means there’s around 20 days remaining for iOS 13’s public release.

We will update this post if any major visual changes are found in this beta.

Unprecedented Mistake By Apple Resulted In The Release Of iOS 12.4 Jailbreak
20 Of The Greatest iPhone Tips And Tricks For iOS 13