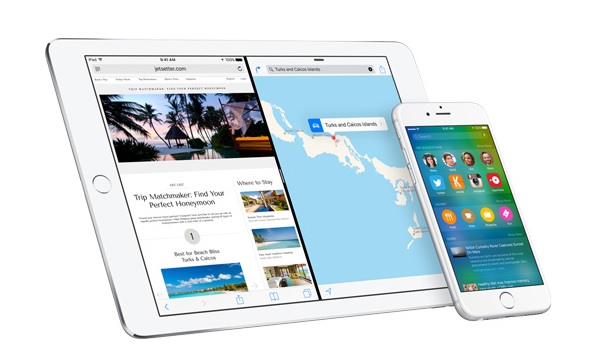 Apple has released two new betas of iOS 9 today, one meant for developers and the other one for users testing the upcoming operating system. The iOS 9 beta 5 for developers and iOS 9 public beta 3 have same new features and are now available for download. This release brings some very notable changes to the upcoming operating system, which makes it different from beta 4 that only brought minor level changes. One of the most notable change for users in the US found in beta 5 is support for AT&T and other networks in WiFi calling functionality.

Another notable change is the inclusion of some gorgeous stock wallpapers that users can apply from Settings > Wallpapers.

CarPlay also got new features and tweaks for the user-interface. Apple has now added support for liking a song with ‘heart’ shaped button through the CarPlay’s Music app. On iOS devices the new Music app has finally received the widely missed ‘Shuffle’ button. The new stock iOS keyboard also got visual tweaks as shift, delete and dictation keys have received new glyphs.

A new option has been added in Settings called ‘WiFi Assist’, which allows the device to turn to cellular internet connection if WiFi signals are weak or connectivity is poor.

If you are a registered developer, then head to the developers center to download the IPSW file for this beta release. You can also update over-the-air from Settings.